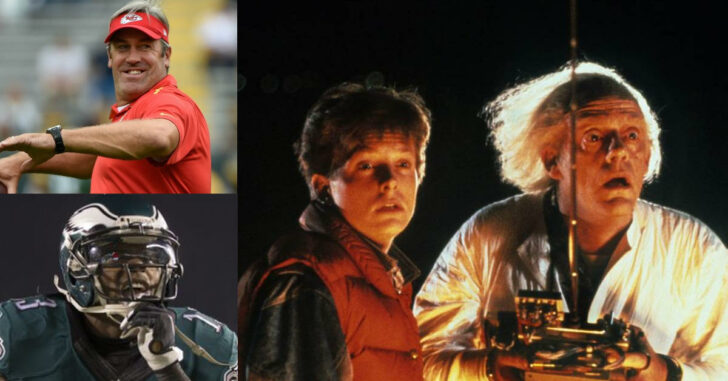 GLOUCESTER CITY, NEW JERSEY — The wide receiver for the Eagles was busted for a DUI, possession of marijuana, and a pistol just off the Walt Whitman Bridge in New Jersey. As any of you who have followed any news story involving just ONE of those things, you probably know what comes next, right?

Well, color us both confused because apparently Josh Huff will be playing this Sunday.

In the article produced by NBC Sports, Eagles coach Doug Pederson believed that Huff would be able to play on Sunday against the New York Giants.

Are professional sports stars immune from law? This isn’t to say we support New Jersey’s draconian laws that make it practically impossible for anyone to carry a concealed firearm. We clearly don’t. When one of our readers was busted in New Jersey while providing emergency relief for Hurricane Sandy, we outright condemned New Jersey for prosecuting otherwise law-abiding gun owners.

But this is absolutely ridiculous!

Did Coach Doug Pederson magically jump into a Deloran and speed up to 88 mph and remove the drugs and the gun from his car?

If an average person drove across the Walt Whitman Bridge in a motorized vehicle with the exact same contents, he or she would be facing up to ten years in prison for the gun alone. That’s New Jersey.

That’s also why we recommend not going into New Jersey if you’re not specifically licensed to carry a gun there. The average person goes to jail when that happens.

Not Josh Huff, though.

We don’t have a problem with a celebrity choosing to carry a concealed handgun. We get it. Your personal defense is ultimately your responsibility no matter how many security guards you hire.

This has all the markings of both an irresponsible gun owner as well as someone who is not subject to the same law that has resulted in the incarceration of countless other Americans.

Now, for our audience that doesn’t happen to have tens of millions of dollars in the bank and a mobilized division of airborne attorneys, we would heavily suggest not doing what Josh Huff did.

If Josh Huff plays this Sunday, it will be a testament to the fact that there’s obviously two sets of laws in this country: one for the ultra rich and one for the rest of us.

(EDITORIAL NOTE: Author is a huge fan of the New York Giants.)