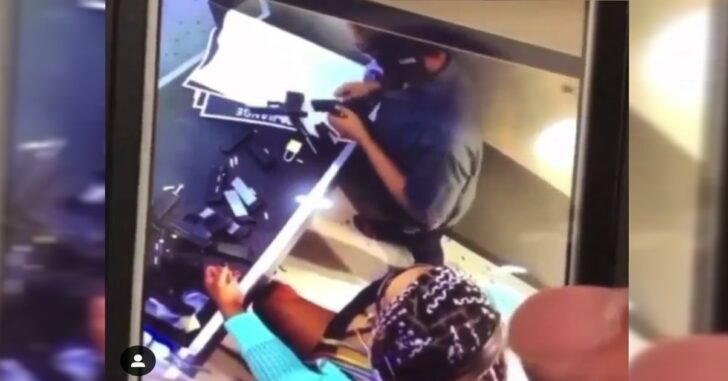 A woman was shot and killed at an indoor range when the person she was with had a negligent discharge while trying to clear the firearm.

A man and woman were each found suffering from a gunshot wound, and they were taken to a hospital, police said in a news release.

Tatianna Holt, 36 of Compton, was pronounced dead at the hospital, while Cory Carmichael, 34 of Claremont, was treated and later released, police said.

The below video shows the incident and is graphic. Please proceed with caution. It’s tough to watch, especially knowing what is about to happen.

Is wasn’t immediately clear if the man was visiting the range with the woman, or if he was an instructor. In either case, he was extremely negligent in his handling of the firearm, and it resulted in a death.

It is an absolutely inexcusable event, and can always be prevented by common sense, and by following the simple rules of firearm safety.

If you ever witness such behavior at a range, what would you do? Would you confront and correct the person? Pack up and leave? Chime in below.

Previous article: One Robbery Victim Complies and Survives, Second (Armed) Victim Resists and is Killed Next article: [VIDEO] 18-Year-Old With Knife And Gun Is Shot By Police After Pointing Pistol At Officer