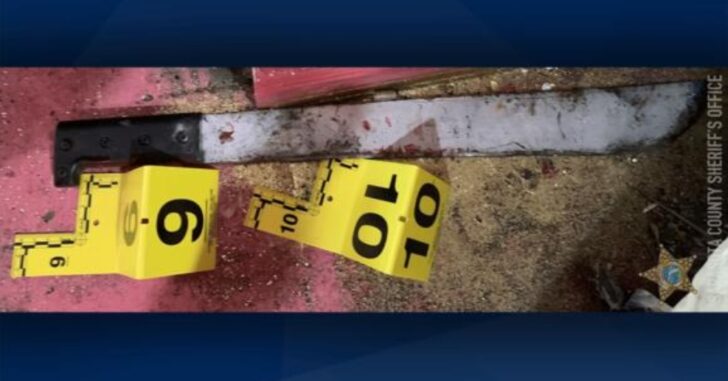 SARASOTA, FLORIDA — On Thursday the 18th, Sarasota County Deputies were called to an apartment complex.  A resident woke up to find a man armed with a 15-inch machete and a baseball inside his apartment in the 300 block of Richardson Way in Sarasota, Florida.  The resident fled and called 911.  The homeowner reported to the deputies that when he woke up, the suspect was sharpening the machete with the baseball bat.

When deputies arrived less than 2 minutes later, they were immediately confronted by the armed man.  During the confrontation, the suspect advanced and swung the machete, striking one deputy on the hand.  Two other deputies fired on the suspect, and he died on the scene.

The deputy suffered severe but non-life-threatening injuries to two of his fingers.  The hospital had a hand surgeon on standby to immediately treat the officer, but there is no word on the outcome.

At the time of this writing, the suspect has not been identified.