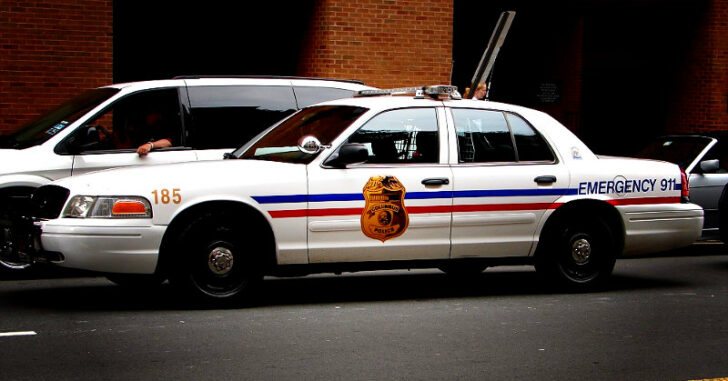 CLINTONVILLE, OHIO — A former neighbor showed up on the doorstep of a man and called him a terrorist.  This is easily a situation that could have gone downhill quickly.

Nobody likes disgruntled people showing up on their doorstep and fewer like to be greeted with kicks and punches and name-calling.  After successfully fending off the assault, the victim then was told by the suspect that he would return with a gun and kill both the victim and the victim’s roommate.

The Booster reports this is when the victim drew his concealed carry pistol.

According to a report from the Columbus Division of Police, the victim said he and a woman with whom he shares an address were kicked and struck by the man, a former neighbor of theirs. Reports said the suspect threatened to get a gun and kill the pair, at which point the man said he produced his own weapon, for which he has a concealed-carry permit.

According to the news report, the police questioned the suspect afterward.  He admitted to having a gun pulled on him and leaving – though he has “no recollection” of anything preceding or following the incident.  Columbus police referred the victim and his roommate to the county prosecutor’s office where charges may be pending.

Had the victim not drawn his firearm, who knows what would have happened. This is a great example of utilizing a concealed carry firearm to end a threat without the need to pull the trigger. Remember, in the vast majority of incidents where a firearm is drawn, not a single shot is fired.

The mere presence of the firearm is enough to stop the threat, as seen in this case.

Previous article: Be Prepared, Not Paranoid, When Helping A Stranger In Need. You Could Make Him Angry. Next article: When Is It Okay To Draw Your Gun During A Fight?