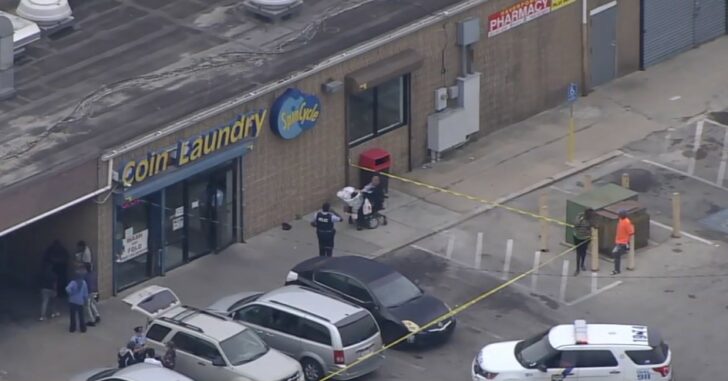 PHILADELPHIA, PENNSYLVANIA — A 21-year-old man was shot and killed when an unknown suspect walked into a laundromat where the man was, and shot him in the head before fleeing.

Police originally reported that the man was 16-years-old, but later corrected the information.

A large portion of the strip mall was blocked off as police conducted their investigation.

Police have no suspects, and are asking the public to provide information if they have any.

There is no word if this was a random attack, or a planned execution. Gang-related? We have no idea.

In any event, it’s a reminder that someone could be planning our last day on earth without our knowledge, and having the mindset and tools available to fight back are essential.

Previous article: Louisville Police Officer Shown On Camera Giving Advice To Armed Citizens Who Want To Get Close To Protests Next article: Woman Yells "Abolish The Suburbs" While Stalking McCroskey's, They Hand Her A Postcard