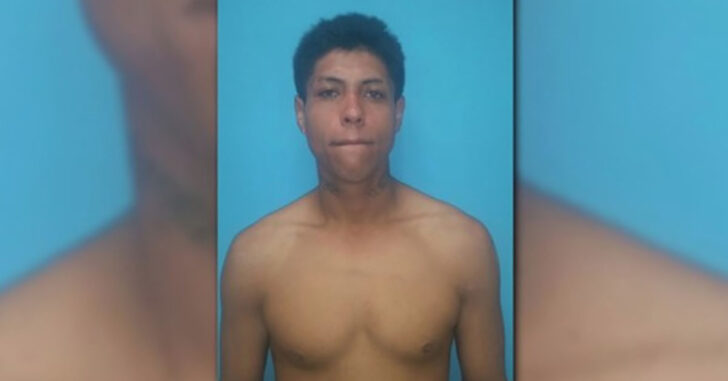 ORANGE COUNTY, TEXAS — A fugitive involved in a multi-state car chase met his end at the hands of his next carjacking target. A husband and wife, who saw the danger coming up behind them, acted quickly and efficiently.

Here is how it went down on Sunday morning;

On Sunday around 9:15 a.m., Vidor Police were notified that the Louisiana State Patrol was chasing a Black Acura at speeds over 100 miles per hour.

The Vidor Police Department says 22-year-old Diego Gomez tried stealing a second vehicle after stop sticks took out his car near the 855B off ramp.

Jami Alford was in the passenger seat when the suspect tried to steal their truck.

“We started seeing this black Acura coming towards us and it was smoking really bad,” Alford said.

Police say that Gomez is a member of the MS-13 gang.

As Alford’s husband held Gomez at gunpoint, police deployed tasers. He ripped the first set of prongs out and began to fight with officers, and was ultimately overpowered and placed into handcuffs.

Then, while Gomez was on the ground waiting for the ambulance to arrive, he got up and ran away, but he didn’t make it too far and was captured again.

Alford was shaken by the events and was scared for her life and her husband’s life, but was thankful that her husband had his gun.

If the husband didn’t engage the suspect and hold him at gunpoint, who knows what continued rampage he would have went on. We see from the story that this man was determined not to be captured, and he could have easily taken a life in the escape attempt.

Here’s to the armed citizen, yet again, for being at the right place at the right time. The quick-thinking citizen, and the determined police and their great efforts, helped take a bad guy off the streets.