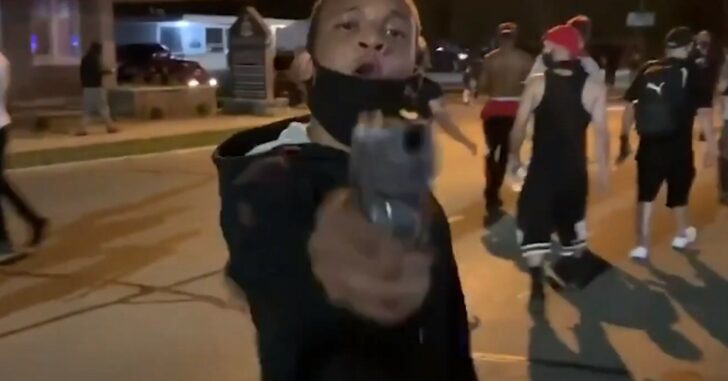 These thugs think that they can literally do anything, and this guy in particular is just lucky that a legally armed citizen wasn’t close by.

Elijah Schaffer, a reporter for The Blaze, has been covering the protests and riots happening all over the Country. The other night, while in Kenosha, WI, he was talking to an upstanding citizen who pulled out a gun.

He didn’t pull out the gun to shoot Schaffer, but more to make his point. Idiotic, of course.

HOLY SH*#: while interviewing this #BLM rioter in Kinosha he pulls out a real pistol and points it at my camera while explaining what we would do to cops if they rolled up on us right now

It’s been a while since I had a gun pointed at me even if it was just to make a point pic.twitter.com/hjQqO9Ccbb

If you pay attention, you can hear a ‘click’ as he’s waving the gun directly at Schaffer’s face. Did he negligently pull the trigger?

It’s safe to say that this is one rare case where carrying a round in the chamber worked out for the best.

We get it, man. The thug life is hard and the streets are rough. Just don’t pull your gun out on too many people, because your luck is going to run out eventually.