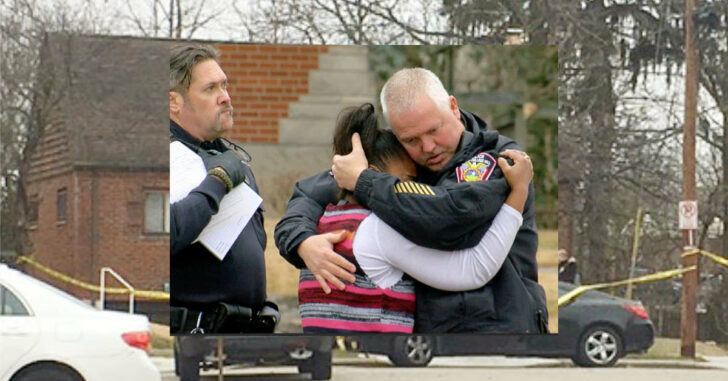 NORTH COLLEGE HILL, OHIO — After a rough break-up, one concealed carrier was making trips back and forth to his car when his ex-girlfriend’s girlfriend drew a pistol. Looking up and seeing her with a gun in her hand, he drew his own gun and fatally shot her.

“He was startled by her in the doorway with the gun and he pulled out his and shot and fired,” Chief Ryan Schrand said to WCPO.

Police are still trying to figure out why the event escalated into gun use. According to Cincinnati investigators, the woman with the pistol never fired a shot.

However, it’s worth pointing out that brandishing can be interpreted as a direct threat. If the investigators determine that the woman had brandished a handgun, then the concealed carrier would have lawfully defended himself.

It appears that the man had no negative interactions with the woman during his trips in and out of the house to retrieve possessions. Investigators admit they are puzzled why the woman would decide to draw a pistol at that point.

Unfortunately, such questions are relegated purely to law enforcement. Once a situation escalates to firearms being drawn, there’s not really much room to negotiate further. Any perceived imminent threat upon one’s own life can be a pretext for using deadly force. A pistol brandished in a threatening manner could fit that bill.

It’s truly unfortunate when two adults aren’t able to de-escalate a situation. There’s a point, however, where as a responsible gun owner needs to assess his situation and determine if there’s a way out of it without bloodshed. If a problem can be fixed by simply coming back a different time or having another person come with you while you get your possessions out of a former lover’s home, that’s wisdom.

One thing about guns is there’s no take-backs. Once the round leaves the chamber, there are going to be consequences. The investigators in this case will ultimately turn their findings over to the District Attorney’s office who will make a final determination as to whether or not this needs to go to court. As of the time of this article, the concealed carrier has not been charged with any wrongdoing. Depending upon how details emerge with this case, that may change.

Be safe. Definitely carry everywhere and definitely defend your life if it comes under threat. But if you see a chance where one or both parties can just walk away, be the bigger man or woman and do that.

Previous article: New Jersey Lawmaker Wants To Stop Punishing Otherwise Law-Abiding Gun Owners Next article: Elderly Man Wakes Up To Find Home Intruder In His Bedroom -- Glad He Had A Shotgun Nearby