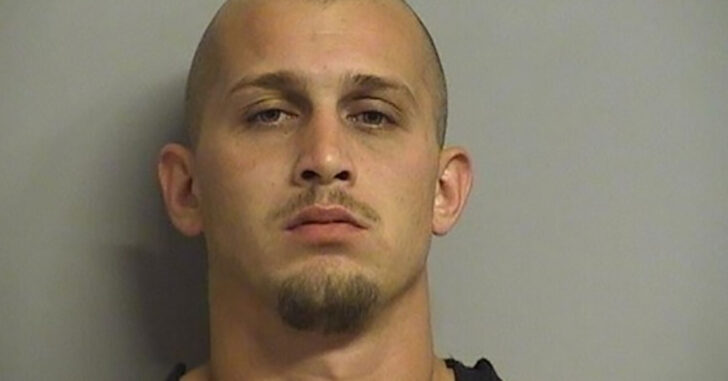 TULSA, OK — A young teenager is dead after he and a second person of interest attempted to rob a fireworks stand of a mere $600 worth of merchandise — a gross disregard for their own lives and the lives of those that they threatened to get what they wanted.

Jake Ulrich, age 15, has been killed after a shootout with 32-year-old Johnny Mize Jr., the son of the fireworks stand owner.

Police say 2 suspects tried to steal $600 worth of fireworks from a Sand Springs firework stand. An employee jumped in their truck. pic.twitter.com/dHraK7FMEi

Investigators say(the robbers) were armed when they approached the fireworks stand around 11:30 a.m. Tuesday. The suspects then allegedly grabbed a box of fireworks worth $600 and ran away.

The stand’s owner said the robbers fired a shot first, so his son fired back. Deputies say the son ran after two men and jumped into the bed of their truck. Authorities say the shooter’s father got into his car and followed the truck to 65th and Edison where deputies say the surviving person of interest ran away empty-handed.

Local resident Mike Waresback saw the aftermath of the crime, and he was extremely troubled.

“I think it is a very big tragedy,” Waresback said according to KJRH. “No two ways about it.”

“I was taught since I was little, right from wrong and yes from no,” Waresback went on. “Keep your hands in your own pockets. Don’t steal from people. Don’t go into their house or bad things will happen.”

I wish that everyone remembered that — or was brought up that way.

Until everyone does — and everyone never will — we will have to remain responsibly-armed.

Previous article: #DIGTHERIG - Jesse and his Citadel 1911 in an Alien Gear Holster Next article: [VIDEO] My Gun Jammed... Now What?! You're Not Too Weak To Rack A Semi-Auto