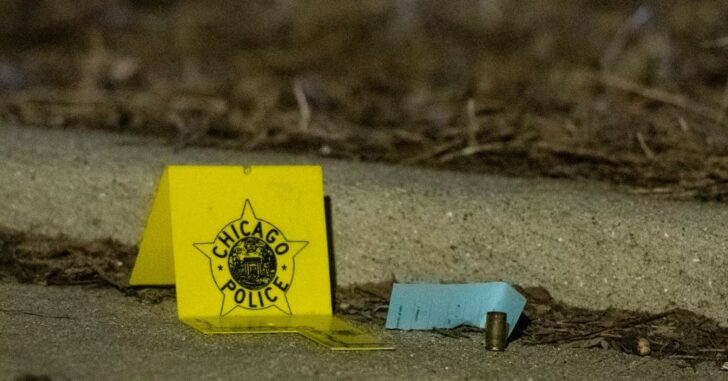 CHICAGO, ILLINOIS — A gun owner in Chicago is facing murder charges after firing multiple shots towards what prosecutors say were gang members, killing a 16-year-old.

The incident happened after the man’s son was being chased by the gang members, police say.

An Ashburn man charged with the fatal shooting of a teenage boy last week claims he was defending himself and his son from gang members who were chasing him through the Southwest Side neighborhood.

Steve Kawar, 54, was charged with first-degree murder for the shooting of the 16-year-old, police said. The Cook County medical examiner’s office later identified the boy as Rodrigo Rangel.

[16-year-old Rodrigo] Rangel was in a car with three friends Thursday morning when they saw Kawar’s son at a gas station near 83rd Street and Pulaski Road, according to the Cook County state’s attorney’s office. The group — members of the Ambrose gang, according to prosecutors — “mean-mugged” Kawar’s son, thinking he might be a rival gang member.

The group is then said to chase Kawar’s son around a neighborhood after he left a gas station, in an effort to “scare him”. He then called his father, and made his way towards their home. About 10 minutes later, Kawar’s son stopped his vehicle at an angle, effectively blocking the car that Rangel was riding in.

Seconds later, Kawar allegedly emerged onto the middle of the street, walked toward their vehicle and opened fire.

Kawar is a concealed carry permit holder, and told police he was fired upon first. Evidence at the scene does not fit that narrative, and a few other actions by Kawar made things more supicious.

An Uber Eats driver noted to police that he saw Kawar fire first.

Rangel, who was sitting in the back seat, was shot in the head.

The two people in the front seats of the vehicle fled on foot, while another passenger in the back with Rangel took to the driver’s seat to drive him to the hospital, where he was pronounced dead.

Meanwhile, Kawar picked up his shell casings and tossed them down the street before stopping to talk to the Uber Eats driver, prosecutors said. Kawar allegedly never brought up the issue of self-defense to the driver, instead saying that he saw “Mexican gangbangers flying down the street.”

An exit hole in the car’s windshield and a shell casing recovered at the scene show that someone in Rangel’s car fired a shot, but the location of the bullet hole suggests that Kawar fired first, prosecutors said. The Uber Eats driver also saw Kawar shoot first, prosecutors said, with smoke rising from his gun at the time the first shot was heard.

Crime and gangs are an enormous problem for the city of Chicago, and I can understand the frustration that many people feel. When your own child is targeted by gang members, you want to do what you can to protect them. Getting your child in the house is the best option, or when on the phone with them, get them to the nearest police station for help.

The fate of Kawar is anyone’s guess, but it would seem that his actions were not in line with those of a responsibly armed citizen. What’s your take?