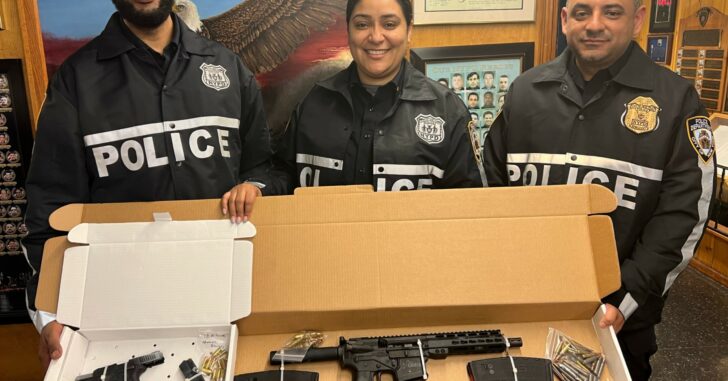 MANHATTAN, NEW YORK — Yasmany Lopez, 25, of Miami, was stopped by police at Grand Street station after they saw him carrying something suspicious. He was carrying a bag, what police believed to be a rifle case.

The incident happened around 11 a.m. on May 14th, just hours before the deadly mass shooting in Buffalo, NY that claimed the lives of 10 people.

They asked Lopez what was in the bag, and he told them that it was a rifle. He was placed under arrest after the comment, along with police finding a loaded handgun on his person as well.

When our @NYPDTransit officers were alerted of a suspicious individual inside the subway station, they immediately went to investigate & found a man carrying an AR-15-style rifle and a loaded handgun. A man was swiftly arrested by this team & his dangerous weapons confiscated. pic.twitter.com/zPfkzj7Mru

Even though police stated that they’re still investigating the motives for this man to be carrying two guns at a NYC subway station, Mayor Eric Adams was quick to call it a foiled mass shooting.

As New York State mourned one tragedy yesterday, the quick thinking and courage of New York’s Finest stopped another in its tracks.

Thank you to @NYPDTransit for capturing this gunman.

Gun violence is a crisis and we need EVERYONE to be a part of the solution. https://t.co/Ey9ksQNzeP

A hearing is set for May 20th, and Lopez’s bond was set at $25,000. His attorney did not respond to comments from local media outlets.

I am in no way defending Lopez, but to call this a thwarted mass shooting is a little premature, as only two news stories about this incident come up when you search the suspect’s name, and police state that they’re still investigating any motives.