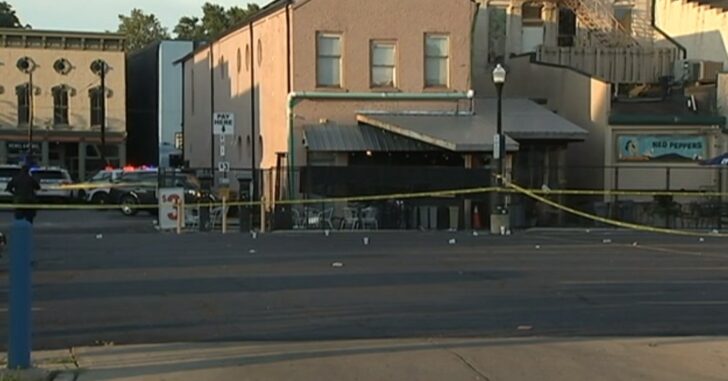 DAYTON, OHIO — A gunman opened fire on a crowd of people who were outside a nightclub in part of the entertainment district in Dayton, Ohio around 1 am Sunday morning.

We are actively investigating an active shooter incident in the #OregonDistrict. Please avoid the area. More information to come.

9 people were killed, and 27 others were injured. Police were close by when the shooting started, and are said to have stopped the suspect within 1 minute of the first shots. The suspect was shot and killed by police.

“We had officers in the immediate vicinity when this shooting began and were able to respond and put an end to it quickly,” Dayton police Lt. Col. Matt Carper said.

The suspect is reported to have been wearing a mask, as well as body armor during the attack. He has been identified by police, but Concealed Nation policy is to never publish the name or photo of mass killers.

The mass killing comes less than a day after another mass killing in El Paso, Texas. That incident claimed the lives of 20 people, and injured 26.

James Williams, a witness to the incident, posted on Facebook;

He tried to go into the bar but did not make it through the door. Someone took the gun from him and he got shot and is dead.

There are at least eight people dead right by the picnic table where I was on the street. A bunch of people taken to the hospital. I don’t know how any… this place is a disaster.”

Video from a person in the area of the incident provides the sounds of gunfire, the end of which sounds like it could be police firing back.

The video below contains strong language:

Watch this space for updates.

Previous article: Would You Be Ready For A Threat Like This? Next article: [VIDEO] Armed Off-Duty Soldier Credited With Saving Numerous Kids During El Paso Mass Shooting