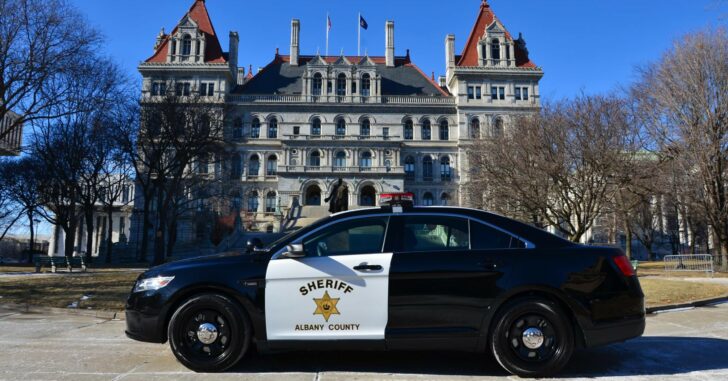 At times in our lives, official contact with police is inevitable. Whether it’s getting pulled over for a broken tail light, traffic accident or something else altogether, it’s going to happen once in a while.

One question that pops up a lot, and usually relates to traffic stops, is this; If I’m pulled over, do I need to tell the officer that I’m carrying a firearm?

The answer isn’t simple, because each state has their own laws and requirements for this exact question.

It’s called Duty To Inform, and it comes in different categories:

This link shows Duty To Inform laws, but we wrote it back in 2015. Some have changed, for sure, and we will be working on updating that list in the near future. When it is updated, we will notate the change at the top of the article.

However, for the purposes of this article, we’re not asking if it’s a legal requirement. Rather, we’re asking; Should you.

The short answer, regardless of any laws on the books; 100% Yes.

Openness goes a long way with many things in life, and people generally appreciate this approach.

The job of a police officer is one with many unknowns and stressful situations. Each time an officer pulls over a vehicle, they don’t know who they are about to come in contact with. Of course the vast majority of traffic stops happen without any problems, but what about the few that don’t?

You aren’t doing anything illegal by carrying your firearm, and that’s why it should be no big deal to inform the officer of your status.

My approach has been to hand over my concealed carry permit along with my drivers license.

When you do this, they should recognize it immediately and as they’re doing that, you can say something along the lines of;

I want to let you know that I have given you my ccw permit and that I am carrying now. How would you like to proceed?

After all, you’re being stopped for something, and allowing the officer to maintain control and direction of the stop is important. If you think it’s a bogus traffic stop, you’ll have your day in court. Just let it be if that’s the case.

Giving the information freely and openly will put the officer at ease, and will likely strike up a conversation about firearms. That’s been my experience, at least, and I’ve heard many other stories of similar encounters.

The reason that we say ‘yes’ to informing an officer, regardless of a legal requirement to do so, is simply common courtesy.

In the end, it makes their job easier, and you’ll probably get a good conversation out of it. Officers appreciate this approach, because they know how difficult their job can be.

There was a time a few years back where I was involved in a car accident. My Wrangler was totaled and I couldn’t find anyone who was available to pick me up. One officer at the scene saw that I was still waiting and making phone calls and asked if I had a ride back home.

I told him no, and he offered to drive me the 5 miles to my house. I said “Thank you, let me make one more phone call and if they aren’t free, I will take you up on your offer.”

That last phone call didn’t work, either, so I went back to the officer and said;

“I appreciate your offer to drive me home. Before you agree, I feel the need to let you know that I have a concealed carry permit and am carrying right now.”

He asked where I was carrying. I said 4 o’clock. He asked what gun. I said Glock 26.

I got in the car and on the drive home, we talked guns and 2nd Amendment rights. The conversation was great, and he told me that it wasn’t a requirement to inform him of my handgun, but he appreciated me being up front about it.

And that’s as simple as it needs to be.

Previous article: Suspect Fatally Shot After Stabbing 4 People At Tennessee Gas Station, Killing 3 Next article: NY Jail Releases Over 50 Prisoners, 3 Of Which Are Level 3 Sex Offenders, Because Of Coronavirus Concerns