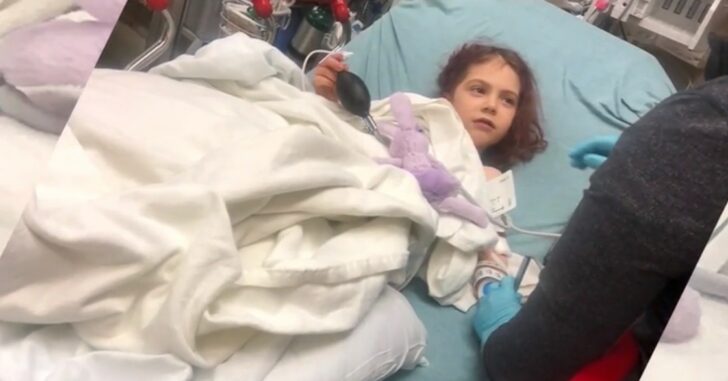 HOUSTON, TEXAS — A family was in the drive-thru when something bad was happening in the area; a security guard at a T-Mobile store had opened fire on a suspect who was trying to steal a cell phone.

“He saw the theft happening in progress. He pulled his weapon and actually shot the suspect,” said Officer Anthony Le.

The security guard, 28-year-old Christopher Bradley, is being held in police custody. They expect him to face charges, as his actions could be classified as reckless.

Bradley fired around 10 shots, and one of those shots found the 6-year-old girl in the drive-thru of another business.

Her father spoke with reporters about the incident.

“She’s OK. She’s stable,” said her father, Danny Tidwell. “There was gunshots. We were sitting in the car, ordering food. All of a sudden, gunshots started going off everywhere. It was so loud that we knew it was close. It was so close that we ducked in the seat, because we couldn’t tell where it was coming from. As the shots were going off, my daughter said, ‘Daddy, I’m hurt.’ I turned around and there was blood everywhere. I knew she was shot, so I just left.”

Every round that leaves a firearm is the responsibility of the person who pulled the trigger.

Do you feel that Bradley should face charges?