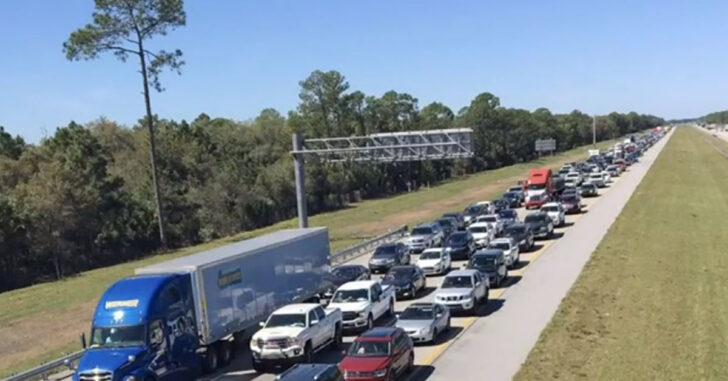 NORTH PORT, FLORIDA — Overnight on Saturday, police responded to a call and found a man shot to death on the interstate. He had been shot while driving his vehicle, and police have little to no information to go in while attempting to solve this case.

“What was this about? Was it somebody following somebody? Was it targeted, was it Road rage. Or was it just a random act?”. says Joshua Taylor who is a spokesman for the City of North Port.

A 12-mile section going southbound was closed for hours, and I imagine that means police were combing the area in a search for clues.

“If anybody saw two vehicles acting erratically on I 75 from basically Palmetto to North Port let us know. If something stood out to somebody that seems odd, we would certainly like to hear from them”. said Taylor.

They believe the incident was isolated.

Anyone with information related to this incident is asked to call detectives at 941-429-7349.

If it was a road rage incident, it can be tricky to get away from someone who is aggressively perusing you. Getting on the phone with 911 is important, and coming up with a plan to escape is even more important. Taking an exit might be a good idea in an effort to lose the person when traveling down side roads, or making your way to the closest police station.

Police didn’t say whether or not the man who died was armed.

Road rage should be avoided at all costs, and we should never do anything to escalate any such situation.

If you’re on the highway at 3 am and someone starts interfering with your drive, what steps would you take to try and avoid the situation? To help the situation? Leave your comments below.

Previous article: [VIDEO] Sickening Attack On 15-Year-Old Girl By Group Of Teens On The Streets Of NYC Next article: Gun Owners of America Applies for Red Flag Order Against Senator Charles Schumer After Statement