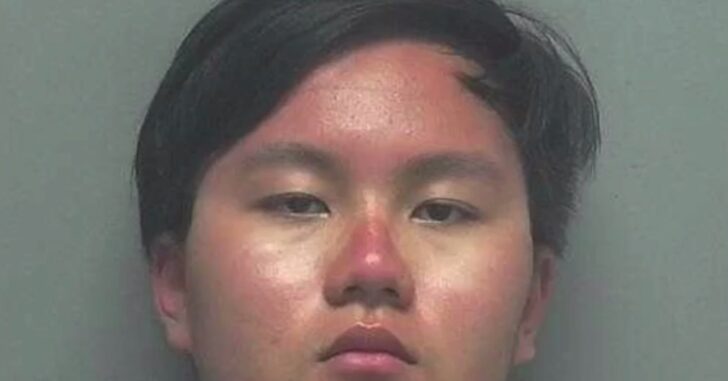 CAPE CORAL, FL — An extremely high and not-too-bright teenager barely managed to avoid getting shot by an armed homeowner after wandering through not one, but two separate homes.

Local teen Tuan Nguyen broke into two homes until he was confronted with a responsibly-armed citizen and held at gunpoint until police arrived.

“He tried breaking into the house. He broke the window. I didn’t know until my mother-in-law told me what was going on. Some crazy guy going around the house,” said the armed victim according to NBC-2.

The victim had a wife and young child inside the house, and some punk teen on a spree just was not going to fly.

“Then I grabbed my gun and went outside to see what was going on,” the victim continued. “I went outside, and my father-in-law was arriving too, and we both stopped him,”

The victim tried to figure out what was going on, but the teen was completely non-responsive.

“‘Where are you from? Who are you?’ You know, ‘Stay right there, don’t move,’ and I was on the phone with the police too,” he recollected.

Once the police arrived, Nguyen became abrasive, and before he was arrested, officers had to shoot him with a Taser.

“The police arrived very quick. He resisted them, but he didn’t know what was going on,” the victim said. “He was I think on drugs. I asked him, ‘Are you high?’ And then he said yes. That’s all.”

Police later said that the teen was on LSD. Go figure.

The poor guy probably had no idea what was going on, but that’s no excuse for what he did. Thank God he at least displayed the good judgment to not get himself shot.