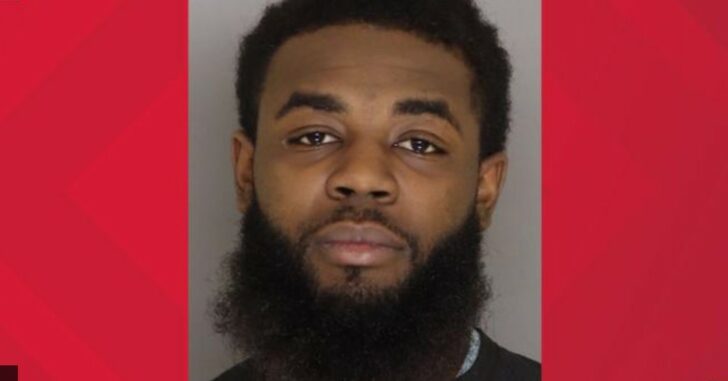 SUMTER COUNTY, SOUTH CAROLINA — The car chase went over 100 mph through city streets. The driver had several pounds of drugs on him and was determined to not get caught. Unfortunately, he ran into an armed citizen.

According to the report, Christopher Pressley-Coiuncil, 23, failed to stop for blue lights after a Sumter deputy attempted to conduct a traffic stop.

After Pressley-Coiuncil took off the the deputy followed and the chase reached speeds of more than 100 mph.

Pressley-Council did crash  his vehicle into the tree line at Ebenezer Road and Camden Highway.  The crash turned his car onto its side, and the driver took off.

After deputies began looking for Pressley-Council, they found a resident in the area had him at gunpoint on his front porch. The resident said that Pressley-Council offered him $2,000 to hide him in the house, according to the report.

Pressley-Council was driving around with four pounds of weed in his car. He had a scale with him, which leads one to believe he had intent to sell. Careless of his situation, he committed some kind of traffic violation, which prompted a nearby police car to try and pull him over. When Pressley-Council saw the flashing blue lights he panicked, and tried to flee the scene.

This led to a high speed car chase. The police actually stopped pursuing Pressley-Council because of the danger the chase was causing to other drivers on the road. However, Pressley-Council continued to drive dangerously even after the police stopped chasing him. This prompted the police to resume the pursuit.

As Pressley-Council continued to driver dangerously, he eventually crashed his car. He fled the vehicle on foot, hoping to escape the pursuing police. He found himself on the porch of a nearby homeowner. Pressley-Council offered the homeowner $2000 if he could hide in the house. Unfortunately for him, the homeowner was both armed and a law abiding citizen.

Well, Pressley-Council pretty much did everything he could do to get himself caught. He made a careless traffic violation, and then freaked out when the police wanted to stop him for that violation. Then he took off on a high speed chase, and didn’t stop even after the police stopped chasing him.

Good on the police for making both calls on stopping and then restarting the pursuit. For the sake of public safety they gave up the original pursuit. Yet, when Pressley-Council continued to drive in a way that still put the public at risk, they decided to resume the pursuit to try and get him off the street as quickly as possible.

Also, the star of this article is the unnamed armed homeowner. $2000 is nothing to sneeze at. He could have scored a quick couple grand by letting the guy in his house and then minding him own business. Thankfully, his moral compass point in a good direction and he took action. He knew if he simply refused, Pressley-Council would have just kept running. Instead he drew his weapon and kept Pressley-Council there until the police arrived.

Awesome job! The homeowner provided a great service to the local police and his community.