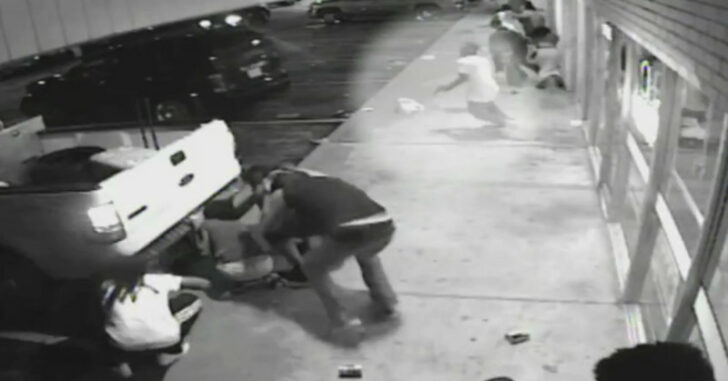 FERGUSON, MISSOURI — Protesters that gathered in Ferguson on the one year anniversary of the death of Michael Brown were placed in needless danger as an 18-year-old gunman emerged to open fire on police.  Tyrone Harris, 18, was critically shot by police when he drew his illegally obtained concealed carry pistol and engaged law enforcement.  Harris was initially thought to be unarmed but as video released via NBC News clearly shows – he was most certainly armed.

At Concealed Nation, we always strive to advocate for responsibility in concealed carrying.  When the story initially broke, we were interested to understand the situation so if any lessons could be learned – that should be broadcast.  However, it’s come to our attention that this was indeed a criminal act perpetuated by someone who had no regard for his own life or the lives of those around him.

St. Louis County authorities declared a state of emergency Monday after Sunday’s violence. St. Louis County Police Chief Jon Belmar said the police shooting took place after two separate groups in the vicinity had traded a “remarkable” amount of gunfire — between 40 and 50 shots. He said those involved were “criminals, not protesters” marking the anniversary of Brown’s death.

According to NBC News, investigators are saying Harris approached an unmarked car with officers inside and opened fire.  They pursued on foot and when he turned and drew his pistol, they opened fire.

These types of situations are bad on so many levels.  In the midst of a lawful protest, elements are taking advantage of the inherent high temperatures to settle gang disputes, conduct criminal activity and more importantly – blur the line between lawful protesters practicing their first amendment right.

All four officers involved in pursuing Harris were put on administrative leave.  That’s four fewer officers who can respond to emergencies and help protect civilians from the ongoing tumult.  Harris, in the process, almost won himself a Darwin Award.

Protesting is a first amendment right.  Carrying a firearm is a second amendment right.  And when both of those rights are jeopardized by the actions of a man willing to turn a memorial protest into a gun fight, it highlights the need for both constitutional rights to be practiced with safety and due diligence.