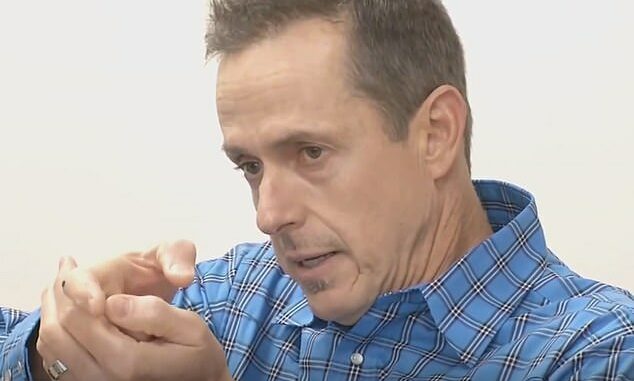 YELLOW SPRINGS, OHIO — As if this story wasn’t crazy enough, the people involved bring it up a notch. The ex-wife is a Hollywood stuntman who doubled for Jessica Alba. The husband who was ambushed is a famous nutritionist who appears on the Dr. Oz show. Sadly, all of this was over money.

Cheryl and Reed Sanders ambushed Molly and Lindsay Duncan outside of their million-dollar home in Yellow Springs, Ohio, on Wednesday, having traveled from their own home in Leicester, North Carolina.

According to a press conference held by the Duncan couple and their attorney on Friday, they were returning home when a man in a camouflage mask and hoodie ran up and held a gun to Molly’s head while they were checking the mail.

As Lindsay pulled out a gun when attacked by the man, now identified as Reed Sanders, Cheryl Sanders also appeared and a shootout began.

Lindsay Duncan fatally shot the couple in the exchange.

He has not been charged with a crime as police believe the surveillance footage recovered from the incident proves he was acting in self-defense and that Sanders had threatened him and his wife.

‘The word ambush is exactly what it was,’ Molly Duncan said. ‘We were caught off-guard. They said nothing and they started shooting at us.’

It is important to remember here that this entire event was premeditated. The Sanders drove up from North Carolina for the sole purpose of pulling off this ambush. Since the divorce between Cheryl and Lindsay, the two have been in dispute over the money. A college trust fund set up for their daughter was the center for this monetary conflict. Apparently, Cheryl had enough arguing, and went to settle this dispute with violence.

The Sanders arrived at the Duncan’s home and waited in hiding for them to return. Both the Sanders came armed with guns. When the Duncan’s returned home, the attack began almost immediately. The Sanders sprung their attack.

Reed Sanders attacked first, putting a gun to Molly Duncan’s head. Lindsay had warned police previously that he believed his ex-wife was trying to kill him. So when this attack happened, he was prepared. Immediately he drew his own firearm and the shootout began.

As Reed and Lindsay shot at one another, player 3 entered the shootout in the form of Cheryl Sanders. Lindsay now had two people shooting at him, while his wife stood in the crossfire helpless. There is no official count on how many rounds were fired; but Lindsay says it was a lot.

In the end, Lindsay managed to shoot and kill both attackers. His wife, by a miracle, was not harmed in shootout. Lindsay called 911 and reported the incident immediately afterwards. When Police arrived, they reviewed video footage and found that Lindsay’s story was as he described. They have determined this was a self defense shooting, and no charges have been filed against the Duncans.

What bad thing can you say about a man who fought off an ambush from two armed people and saved his wife’s life in the process? Not much. However, there is something we can examine further.

The story indicates that Lindsay immediately took action and fired at Reed once his wife’s life was in danger. Could or should Lindsay have initiated a conversation to see what the Sanders intentions were? Perhaps their intention was not to get involved in a shootout?

It seems likely that their intention WAS to harm the Duncan’s in some way. However, with a gun pointed at his wife’s head, was starting a gunfight the best idea? I don’t know the answer. What would you have done?

The good here is all about preparedness and good marksmanship. Lindsay had suspected his ex-wife was trying to kill him. In response he made sure to have a firearm on him at all times. He also trained with that firearm to give himself the best chance of survival.

When the Sanders arrived, Lindsay was prepared to protect himself and his wife. Despite facing two different shooters, at night, Lindsay survived and his attackers did not. Even though the Sanders positioned themselves in advantageous positions, Lindsay’s marksmanship won the day.

Had Lindsay been defenseless, he and his wife could very well have died that night. Had he not been proficient with his weapon, there is a good chance he doesn’t survive two attackers.

Furthermore, Lindsay called the police immediately afterwards and cooperated with the investigation. Ultimately Lindsay was cleared of any charges, and police determined this was a good self defense shoot.