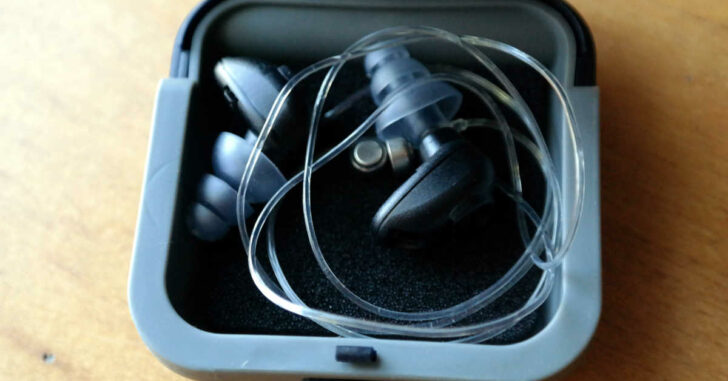 The two most common things said whenever I’m at the gun range talking to anyone around me. I keep telling myself it’s just practice for when I get really old and my hearing degrades but the truth is, I need to conserve my hearing now.

Hearing is one of those senses that once you start to lose it, you never get it back. As a veteran, I’ll occasionally be reminded of this when I hear a sharp whistle of tinnitus and think to myself it’s the slow death rattle of my ear drums.

Thankfully, I have a great opportunity to try out something that can help preserve the hearing I have left and make it easy to communicate with others. Several months back, I got my hands on some Etymotic Gunsport Pro Hearing Protection Earplugs. These earplugs aren’t the normal ten cent plugs I normally throw in. These Etymotic Gunsport Earplugs are specifically designed to amplify ambient noise by up to five times while protecting against the sharp report of a gunshot. The Gunsport Earplugs give me a 15 decibel range of automatic hearing protection. So, when the range is hot, and shots are firing, I can filter out damaging levels of noise and still hear what the person next to me is saying without him needing to yell in my ear.

My experience with these earbuds has been great thus far. I’ve taken them to the range four times and tried a mixture of rifle and pistol shots.

They work like high quality hearing aides. I’ve never worn a hearing aide before in my life but suddenly, once I flick the ‘on’ switch on the side of the hearing bud, my hearing is amazingly crystal clear. The second a shot is fired, I hear it less than I would with my standard, bulky headset on.

They use the same batteries as hearing aides, too. In fact, it appears that Etymotic took the best of audio technology for musician-quality hearing protection and adapted it flawlessly to shooting sports.

One of the things I found especially nice about these GS 15 earplugs was the wide range of noise they picked up. If you’ve ever talked on an old cell phone, you know what I’m talking about. The voice you hear on the other end tends to get cut out and some the dynamic qualities of the voice get completely removed. With the GS 15 earplugs, I found nothing of the sort happened. I could hear with crystal clear quality not just the person talking to me but people further on down the range having their conversation as well. Heck, I could hear crickets chirping in the background.

My biggest complaint has nothing to do with the product but more so with my own habits. I’m terrible at keeping earbuds. Long ago, I stopped buying expensive headphones because I would always inevitably lose or break them or get them tangled around something. Thankfully, Etymotic has me covered. These Gunsport Earplugs come with their own case — making it a lot less likely I’ll snap or lose them. And, added bonus, they come with a variety of earbud fixtures because sometimes we have funny ears and wearing the standard iPhone-esque style buds just doesn’t fly.

For the price of $300, I’d go ahead and say this is a quality investment for hearing protection for those with either a competitive shooting mentality or someone who just likes to maintain his situational awareness at the range. They conserve battery power for quite awhile and so long as my big goofy brain doesn’t decide to leave them on the table at the range, they should serve me for quite a long time.