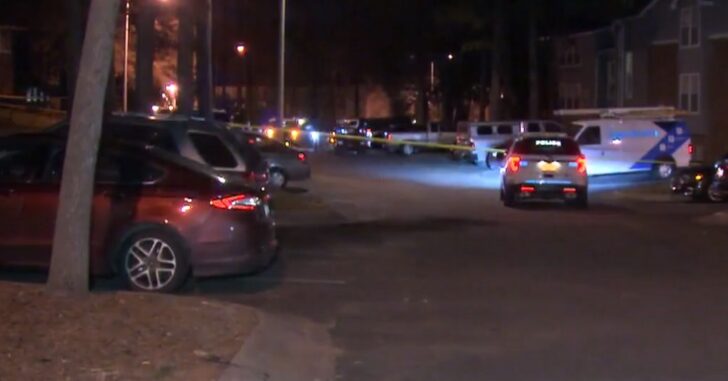 CHARLOTTE, NORTH CAROLINA — Three teens and a 20-year-old probably wish they didn’t choose the thug life after three of them were shot by their intended target.

Police said the victim was delivering pizza to the apartment complex when four suspects approached him and aimed what he thought was a rifle at his head.

The victim, who was armed with his own weapon, fired it at the robbers.

The pizza delivery driver was attacked in an ambush-style, but quickly started running when he pulled out a real gun.

“I heard some gunshots earlier in the night, and I looked out my window and there (were) cops everywhere,” said Danny Melenfant, who lives in the complex. “They had somebody at gunpoint.”

The young thugs ran to a nearby laundromat where police were able to catch up with them. The injured were taken to the hospital, and all are expected to survive.

Especially in the dark, when this incident occurred, it’s near impossible to distinguish a fake firearm from a real one. In either case, a perceived deadly threat is enough for the law to be on a person’s side when it comes to pulling the trigger.

The suspects probably weren’t counting on the outcome, but quickly realized they were outgunned.

Immediately following the self-defense shooting, the armed citizen called 911 to report what had happened.

Previous article: [VIDEO] 6 NEW Handguns from Sig Sauer Next article: If You're Not Going To Carry Safely, Don't Carry At All.