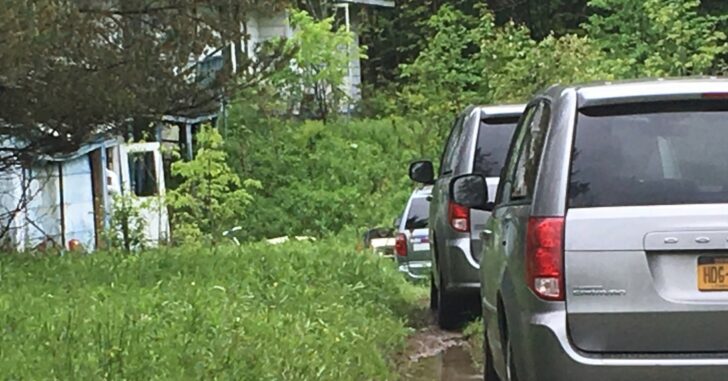 UTICA, NEW YORK — A homeowner is facing charges of criminal possession of a firearm after he shot and killed two intruders after they broke into his home. The charges come because he had a handgun in his possession that belonged to his father, who is deceased.

In New York State, one cannot possess –or even touch– a handgun without a pistol permit issued by the state. If you have a New York State pistol permit, any pistols that you possess would need to be on your permit. If they’re not and you use one to defend yourself, you’re going to get charged.

Here are the details of the incident;

The Walker Road homeowner, 64-year-old Ronald Stolarczyk, is charged with criminal possession of a firearm, a felony.

While Stolarczyk isn’t being charged in the shooting deaths of the intruders, he is being charged for the possession of a firearm.

To make matters worse, this citizen is behind bars.

Stolarczyk appeared in Utica City Court Wednesday and is being held on $10,000 cash bail or $15,000 bond. He is scheduled in Deerfield Town Court Monday at 6 p.m. and will remain in custody through that appearance.

The maximum sentence for what the homeowner is charged with is 1 1/3 to 4 years in state prison.

As Dan over at TTAG points out;

So Stolarczyk’s father either gave or left the handgun in question to his son. Under New York’s famously restrictive gun control laws, the son wasn’t required to undergo a background check to receive the handgun from his father. But he did need to have a pistol permit to legally own the firearm and have it registered in his name.

According to Mark Wolber, the man’s attorney, his client did everything by the book, and is now suffering as a result.

Wolber said Stolarczyk had lived in the home with his parents until they died. His father had a permit for the revolver, Wolber said.

“He was in the kitchen when he heard people in the garage coming up the stairs to the kitchen,” Wolber said. “When they got to the top of the stairs he told them to stop, but one started coming toward him. He fired three or four shots and struck both.”

Stolarczyk called 911 and placed the gun on the driveway when police arrived, Wolber said.

Absolutely disgusting. We will be keeping an eye on this story as it develops.

In the meantime, a Go Fund Me page has been set up to raise money to help with Stolarczyk’s legal fees.