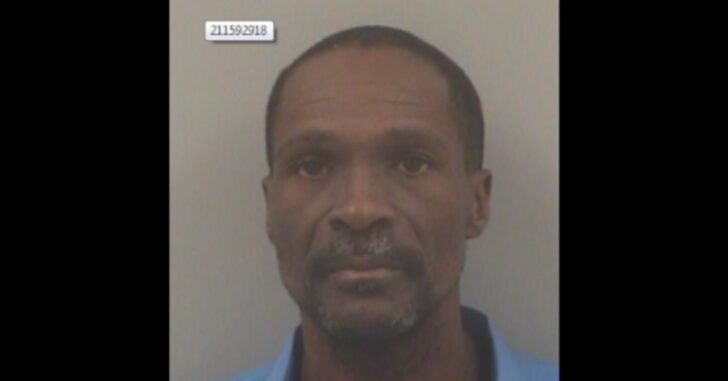 SEMINOLE, FLORIDA — Three people were stabbed during an attempted armed robbery in a Publix parking lot, and it showed no signs of stopping until an armed citizen stepped in and held the suspect at gunpoint.

Deputies say 49-year-old Bobby Martin Watson approached a vehicle and demanded money from a 44-year-old female. She initially struggled with Watson who then stabbed her in the stomach and thigh.

Christopher McMann observed the struggle and attempted to help the victim, Watson stabbed him once in the upper back.

Deputies say Watson started running toward the Seminole City Shopping Center while McMann and Travis Jones, a second good Samaritan, chased after him.

The two were able to tackle Watson in the parking lot of the shopping center. Jones was also stabbed in the stomach during the struggle.

Deputies say a third good Samaritan was able to disarm Watson by holding him at gun point until deputies arrived and arrested Watson.

The article continues and lets us know that the three injured victims were transported to the hospital with non-life threatening injuries. That’s great to hear and we wish them all a speedy recovery.

These animals really get my blood boiling. There wasn’t much that was going to stop this man from stabbing anyone else who came into his path while trying to get away. Any day, I’d rather face a man with a gun verses a man with a knife. These people were in a lot of danger, and it’s obvious by the story that the suspect didn’t think twice about inflicting potentially deadly knife blows.

It’s always funny to me, however, that these animals such as Watson become such cowards when they’re looking down the barrel of a gun. All of their ‘thug’ seems to dissolve rather quickly, and I can just imagine Watson dropping the knife and begging for his life. Whether that happened or not, I’m unaware. But having that thought gives me good feelings.

Now, it’s up to the justice system to decide what to do with Watson. In the animal world, he’d be put down. In the human world, he’ll likely be released within a few years.

Hopefully by then, we’ll have more armed citizens to defend against trash like this.