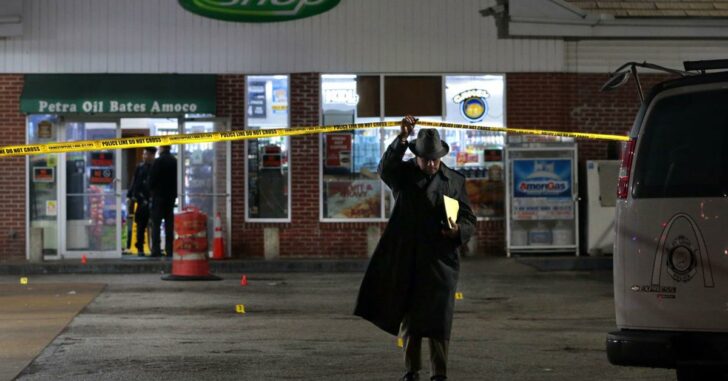 ST. LOUIS, MISSOURI — Although this incident happened before the recent church shooting, it is another indication that Americans are willing to fight back.

Police said the boy had quarreled with two men, one of whom pulled a gun and shot the boy at the gas station. The suspects jumped in a car and drove away as a witness fired shots at them, police said.

The witness stayed at the scene and was not arrested, police officer Michelle Woodling said. Woodling said the witness who fired shots wasn’t an employee of the gas station. There were several witnesses to the shooting, she said. The investigation is ongoing.

The report isn’t clear if the boy and the two men he was quarreling with knew each other. We also don’t know what at the argument was about. However, the quarrel resulted in the two men shooting the teen multiple times.

Police do not know if the armed citizen hit either of the two men. They jumped in their car and fled away from the scene. Police have not arrested the armed bystander, but the investigation is ongoing. If the story is accurate, it is likely the armed bystander won’t face charges as long as he is legally licensed.

Would you have handled this scenario any differently? If you were pumping gas and witnessed an argument that resulted into a shooting, would you get involved? Would you draw your firearm and shoot at the attackers? Or would you find cover and ready yourself if the attacked continued against others?