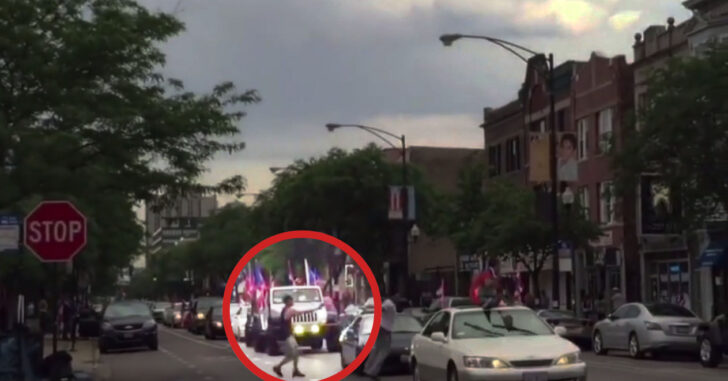 CHICAGO, ILLINOIS — In an incredibly bold move in broad daylight during a parade with no regard for anyone –including children– in the area, we see a thug try and take matters into his own hands, likely over some sort of trivial dispute. Because thug.

The shooting happened after the Puerto Rican People’s Day Parade in the Humboldt Park Neighborhood of Chicago.

Police say one male teen went to the hospital with a gunshot wound to the foot.

At the beginning of the video, the confrontation between a few men can be seen. The person filming likely started filming at the first sign of confrontation and just happened to catch the shooting on camera.

What the dispute was about, we’re likely never to know. I just wish that the video ended in a similar manner to this one.