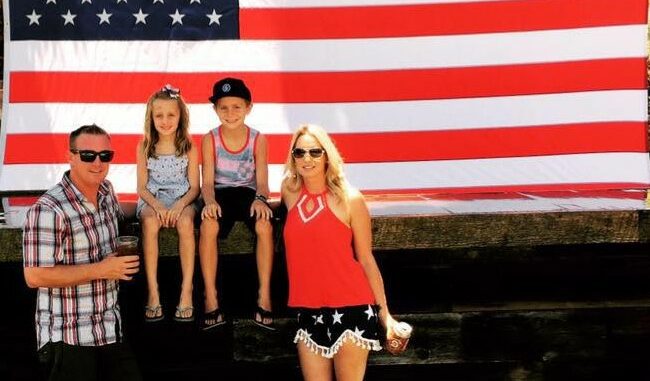 Byron Price is both a victim and hero in a recent mass stabbing that happened in California at the University of California Merced on Wednesday. After the ordeal, he now views concealed carry differently and wants to get a permit of his own that will allow him to legally carry a gun in the state.

A construction worker, Price was on campus for a remodeling project when he came into contact with the person responsible for the stabbings. That person, identified as 18-year-old Faisal Mohammad, was confronted by Price.

Price said, “I went to open the door–to break it up and see if everybody was okay–and they all screamed ‘run’ when I opened the door.” The next thing Price knew was that a “suspect wearing a black hooded-sweatshirt comes charging at him with a butcher knife.”

Price said while reflecting back on what had happened, that he now wishes that he had a concealed firearm on him as the mass stabbing unfolded.

While Price was able to slow down the suspect, he wasn’t stopped until police arrived and shot him dead. Had Price been properly armed, the suspect could have been stopped much sooner.

It’s important to note that just weeks ago, California Governor Jerry Brown was brave enough (*sarcasm*) to sign into law a measure which would effectively eviscerate any student or faculty member’s chance of defending himself with a concealed carry firearm.  Not a week after the Oregon shootings, Brown passed a measure which the CA Senate was hot-to-trot on since February.

Previously, California students and faculty with valid concealed weapons permits could carry their handguns with them on campus.  Now the measure requires each student or faculty concealed carrier to obtain individual permission from the institution itself — a process which will likely become the equivalent of trying to get a concealed carry permit from the State of New Jersey.