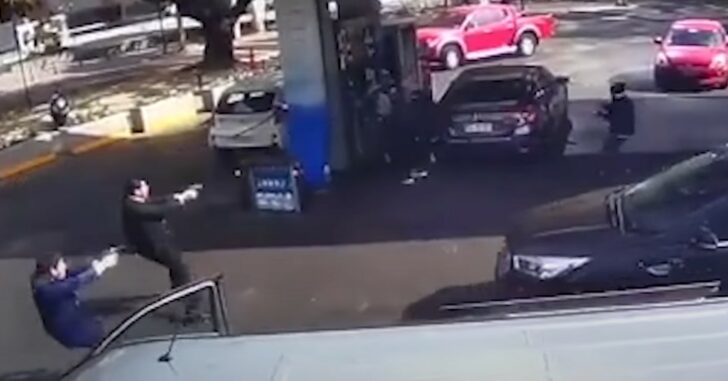 If you and your buddies are going to rob people at a gas station, choosing a gas station that’s right across the street from a United States Embassy isn’t going to be your best choice.

The incident happened in Chile, and shows a group of armed robbers beginning to shake people down at the gas station. One person was pistol whipped, but it wasn’t long for Embassy officials to take notice of what was going on.

Before we know it (and definitely before the bad guys knew it), multiple U.S. Federal Agents were on-scene and opened fire on them. All three suspects were hit, all with non-fatal wounds.

The three men were taken into custody and face multiple charges.

The quickness and accuracy of the officials who stopped these armed bad guys was pretty incredible. Check out the full video below.