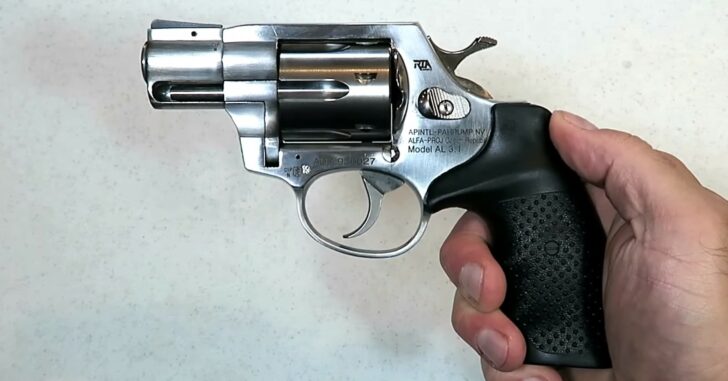 As gun enthusiasts rush to get their hands on the latest semi-auto pistol, revolver fans sit back and watch the show. Many shooters prefer a quality revolver over a semi-auto handgun all day long. The simplicity and function the revolver offers is everything they need for concealed carry, range shooting and/or home protection. There are also revolver based competitions that have grown in popularity over the years.

This year, many new revolvers hit the firearm market. I came up with eight new revolvers that I was able to get my hands on but I know there were several more new models. Most of the big manufacturers created their own 2019 revolvers that interested many people. Companies like Smith and Wesson, Colt, Ruger, Rock Island Armory and Taurus all came out with new revolver models. Standard Manufacturing also created an innovative revolver that fires two shots of .22 magnum with one double finger trigger pull.

I found this year’s class of new revolvers extremely exciting. They include everything from a lightweight pocket snubnose to a large N-frame 10mm revolver and everything in between. We are also watching manufacturers produce revolvers that are chambered with rimless cartridges. Moon clips are required for quick and easy ejection but are also used for fast reloads.

One thing is for certain, revolvers have staked their position in gun ownership. Whether it’s the new Colt King Cobra Target model to satisfy Colt “Snake Revolver” Traditionalists or small aluminum framed pocket revolvers for CCW, Americans continue to love their wheel guns. Check out the video and let us know your thoughts on the revolvers featured. Are there any revolvers that you plan to purchase?