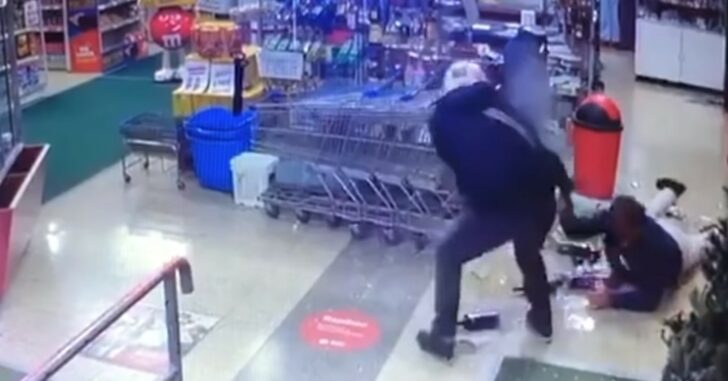 If this armed good guy had been actually taken out of the fight by the robber’s shot, his life would probably be over.

When watching the video below, you’ll quickly see that it looks as though the good guy is out of commission, until you watch just a few more seconds to see him come-to just in time.

And I mean just in time.

The bad guy was a half a second away from getting the good guy’s gun as well, and that would have spelled disaster for the good guy.

Once he comes to, he unloads his magazine into the armed robber and sends him to the floor.

The good guy survives his injuries.

The bad guy does not.

As a side note, the video shows exactly zero people in the shop help our downed good guy. It’s apparent that he’s actively bleeding on the floor, but no one comes over to offer any type of assistance.

What do you think about the outcome of this video, and the lessons learned?