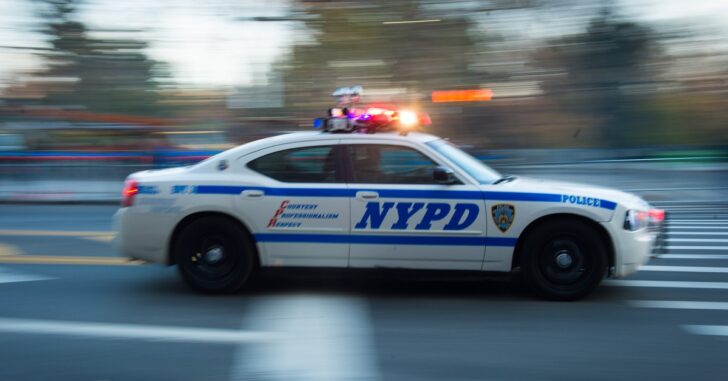 BROOKLYN, NY — A former North Carolina resident, a woman who had moved to New York, was forced to shoot her ex-boyfriend when he stormed into her home in a rage.

She hit him right in the neck and sent him packing.

The 30-year-old man, identified by sources as Marlon Womack, stormed into his ex-girlfriend’s apartment building on Bristol St. near Blake Ave. in Brownsville at 6:13 p.m., cops said.

When Womack kicked open her door, he found the 52-year-old woman, who sources identified as Tonya Wooten, standing at the threshold with a handgun, police sources said. Wooten pulled the trigger and hit Womack once in the neck, according to sources. Medics rushed him to Brookdale Hospital where he is in stable condition, police said.

Cops found Wooten’s .40 caliber handgun at the scene. She recently moved to the city from North Carolina. While the weapon was legal there, she did not have a New York permit yet, police sources said.

Police sources failed to point out the she actually did have the only real permit that mattered — being under the protection of the Second Amendment.

Womack and Wooten’s altercation goes to point out the need for the Equalizer in not one, but two different ways.

We have a much younger man attacking a middle-aged woman.

She’s at a disadvantage, physically speaking, in two ways. First, men tend to be physically stronger than women. There are certainly exceptions, and no one is saying it’s fair, but it’s a clear and obvious reason we all need the Equalizer. Second, the woman had 22 years on the man. I’m not one to care much for age gap in relationships, but in a falling out and a physical conflict, it’s a huge factor.

New York needs to take a hard look at their firearms policies so that Americans living therein can better defend themselves.