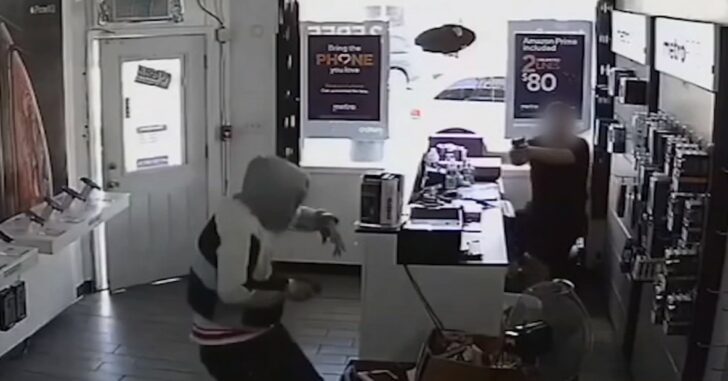 PHILADELPHIA, PENNSYLVANIA — An armed employee of a MetroPCS store, and concealed carrier, was quick to act when an armed man came in during a robbery attempt.

The robber’s decisions that day cost him his life.

“A male entered the store with a firearm and attempted to rob the store to which he discharged his firearm at the robbery suspect several times, striking him,” said Philadelphia Police Captain Scott Drissel.

Video below shows how quickly the concealed carrying employee was able to act, and get his shots on target.

The screenshots below show how quickly things happened. When the man entered the store, he immediately had the gun in his hand. He then throws a bag on the desk of the employee to fill with money and items. The employee was extremely quick to draw when the suspect turned his head for a moment, firing until the threat was stopped.

The suspect died at the store.