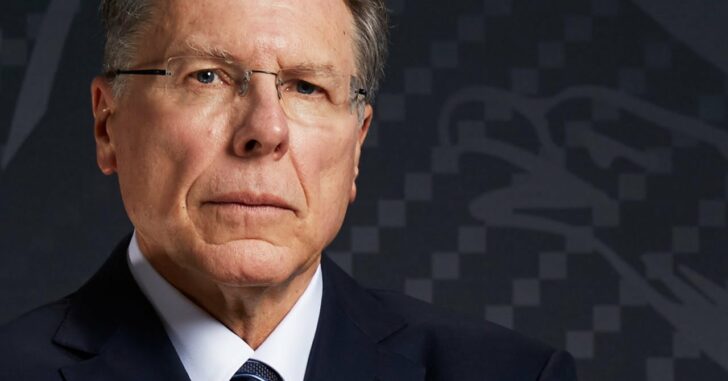 After the horrible shooting in Las Vegas a few days ago, many are flocking to social media to say their ‘for’ or ‘against’ more gun control. One argument that gun control advocates are latching onto is the ‘good guy with a gun’ scenario.

They say that the incident in Las Vegas proves that a good guy with a gun is not the answer.

For my response, I’ll have to break this down into a few parts. Bear with me as I try not to make a complete mess out of this.

TRUE: A concealed carrier would likely not have stopped the gunman

When I first posted about the incident, I noticed quite a few comments about the theory of having an armed citizen in the vicinity. The reality isn’t that simple, as the gunman was hundreds of yards away on a 30+ floor of a hotel. It’d be near impossible to effectively hit the target, if not completely impossible. Pistols aren’t for long-range use, and even 100 concealed carriers in the crowd would have had an extremely hard time stopping the gunman. The only good possibility I see is if he knew that he were being fired upon, but the firing would put other lives at risk as well. So, we’ll call this unsuccessful.

The point made, again, is about NRA’s Wayne LaPierre’s speech after Sandy Hook. During his speech, he talked about the good guy with a gun being able to stop the bad guy with the gun. Sandy Hook was actually a large contributing factor for the foundation of Concealed Nation, as I wanted to get more people involved in concealed carry, and truly think about their personal safety.

A bustle.com writer tells us the following:

The National Rifle Association’s vice president, Wayne LaPierre, first coined the “good guy with a gun” argument in 2012 after the Sandy Hook school shooting that killed 20 children and six adults. During a press event in Washington, LaPierre essentially suggested that a “good guy” who carries a firearm in public could use it to take down a “bad guy” or active shooter.

The article is practically stating that LaPierre is incorrect, because we have seen mass shootings that have not been stopped by armed citizens. For the record, there will never be a catch-all solution to these issues. To say that the good guy with a gun scenario failed is ridiculous, because the factors of this shooting were so different and have not been seen before.

TRUE: A good guy with a gun actually DID stop the gunman

Whether they want to admit it or not, good guys with guns put an end to the shooter’s rampage. The first question they’ll ask is “How is that possible? He shot himself.”

Right they would be, but let’s think for a second. Why would the shooter take his own life? History shows us that these mass shooters are likely to be either a) taken out by someone who is armed, or b) commit suicide as armed resistance is arriving.

It doesn’t take a rocket scientist to realize that the gunman took his own life once he came to the realization that armed resistance was heading his way. So yes, a good guy with a gun did, in fact, stop the assault from continuing.

Whether the good guy was a police officer or a citizen is a moot point, because we’re simply talking about armed pressure being put on the gunman. And if they want to argue that a police officer isn’t a good guy with a gun, they’ll have a healthy debate ahead of them from our side.

The instant you place this gunman on the ground, there is a much greater chance that he would have stopped the assault much sooner if there were armed citizens in the area, not to mention police officers. That’s a fact that I will stand by until my dying breath.

TRUE: Mass Shootings have been stopped by armed citizens

There are many documented cases of armed citizens stepping in to stop mass shootings. There are also millions of concealed carriers in the Country, and they aren’t attempting to do evil.

Yet again, we have a single person who was able to cause much death and chaos, but he does not represent the American gun owner. He is in a very small category of cowards who snap at some point in their lives. Sometimes, the prediction cannot be made. Sometimes, the answers will not follow the crime.

Where are these gun control advocates when we report –on a daily basis– of law abiding citizens successfully defending themselves against the bad guys? We have hundreds of articles showing that good guys with guns are very effective. It’s unfair to say that we’d be expected to be prepared for every situation in the world.

This current situation is one that most would never be prepared for, but it does not negate the need and usefulness of the armed citizen.