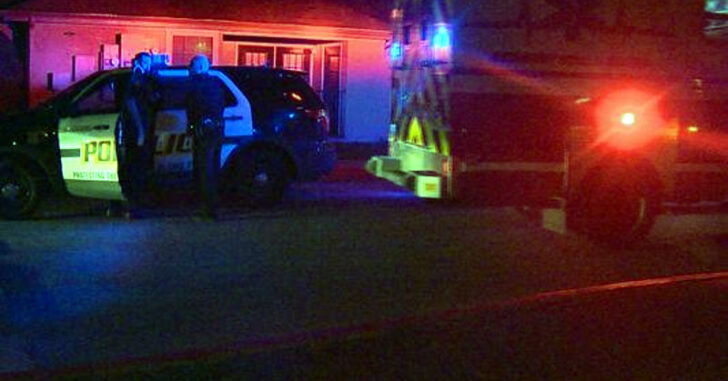 SAN ANTONIO, TEXAS — A woman stopped off at her apartment to get her purse when she was accosted by three robbers.  According to KCEN, her boyfriend, in the car, was alerted to the situation when she sent him a message.  He retrieved his handgun and went up to save her.  When he arrived, he found the three gathered around her.  One of them turned to confront him and he reportedly shot the suspect in the shoulder.  The other then turned around and got a bullet to the leg.  The third was smart enough to beat feet while the getting was good.

Hilarity ensues when the police finally arrive.  Both of the suspects, injured and laying on the ground, pretended to be robbery victims themselves.  This was quickly discredited by the woman and the man.  San Antonio police charged both with aggravated robbery.

While we just got done writing up this nice article about how we always aim for center mass, this seems like one of those rare situations where the man’s discretion appears to have worked out in his favor.  He isn’t going to be charged with any criminal offense and, according to Texas law, he’s just fine.

As for the two robbers, they’ll have plenty of time to go over the pros and cons of trying to knock off a lady while she goes into her apartment and at least one of them will be walking with a limp for the rest of his life.