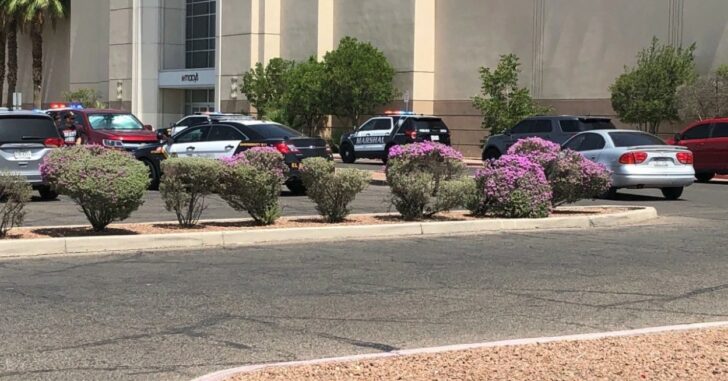 Police confirmed that 20 people have died, and another 26 injured, in the mass shooting that happened late this morning in El Paso.

A press conference is scheduled for 7:30 pm EST tonight.

The suspect is identified as a 21-year-old male. He is reported to have begun firing at people near the parking lot and entrance of Walmart, and then moving into the store and firing more shots.

Update from police: One suspect is in custody, and police do not believe that any other gunmen are on the loose.

Police on scene confirm that 18 people have been killed.

Police say there is no imminent danger, however they are still working multiple scenes. Contrary to what the Mayor reported in our first update, police say only 1 suspect has been taken into custody so far.

According to NBC News, the Mayor of El Paso has stated that 3 people are in custody. It is too early to say whether or not the 3 people were involved.

EL PASO, TEXAS — At least 18 people have been shot inside a Walmart at Cielo Vista Mall. There are no confirmed reports as to how many suspects police are looking for, but reports say that ‘multiple’ gunmen were sighted.

Scene is still Active. We have multi reports of multiple shooters. Please avoid area police conducting search of a very large area. Media staging will be given when area is secure.

Multiple law enforcement agencies are currently working the scene, which began around 11 am local time.

Here is a live news feed:

Most stores, if not all, were in lock-down as soon as the incident was realized.

Some reports say the gunman was using an AK-47 style rifle, but this has not been confirmed.

The condition of the victims has not been made public, and police have not yet said how many suspects they are looking for, or if anyone is in custody.

Watch this space for updates.