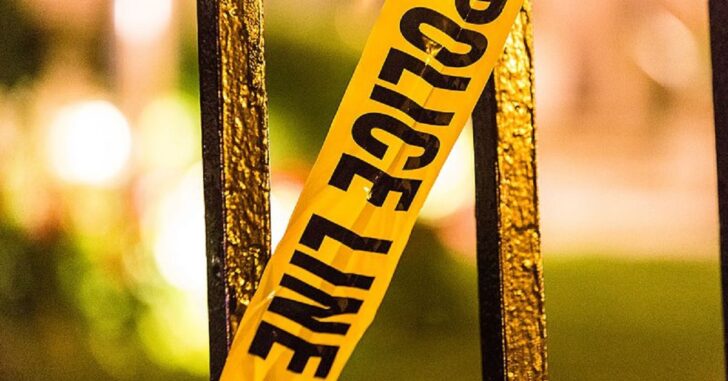 LAKE MARY, FL — Two men are dead after a parking lot altercation got out of hand, WOFL reports.

Unfortunately, only one of those two men was the aggressor in the fight — the other was was just a completely random passerby.

Deputies say that 35-year-old Victor Emanuel Brown and 26-year-old Jorge Vega-Rosado were involved in a physical altercation in the parking lot of the shopping center. Brown pulled out a handgun during the altercation and fired one round. Vega-Rosado responded by also retrieving a handgun and firing multiple rounds, striking Brown.

Brown was reportedly pronounced dead Sunday morning. Investigators also determined that the round fired by Brown struck an innocent bystander across the parking lot. That bystander, 28-year-old Daniel Strada, died Sunday night as a result of his injuries.

The Seminole County Sheriff’s Office says that that Vega-Rosado acted in self-defense and no charges will be filed.

Now, I know that in this particular instance, it was the aggressor that took the innocent life, here, but it’s still a good reminder to all of us: check your target and what’s behind it.

You may be a good shot — heck, you probably are. But no one’s perfect, and over-penetration is always a concern, as well. Even this hothead didn’t mean to shoot that bystander. If he’d taken a second to look around him, maybe he’d have had the presence of mind not to draw.

Maybe he’d have sobered up for half of a second and walked away. Maybe I’ll have the winning lottery numbers, too — it’s admittedly wishful thinking, but since it wasn’t considered, we are left with nothing more than an innocent man dead and possible alternative endings to consider.

Previous article: *WATCH* Sacha Baron Cohen Was Busted By Gun Shop When He Tried To Buy a Gun In Disguise Next article: Husband Shoots Gunmen To Save Pregnant Wife's Life During Home Invasion