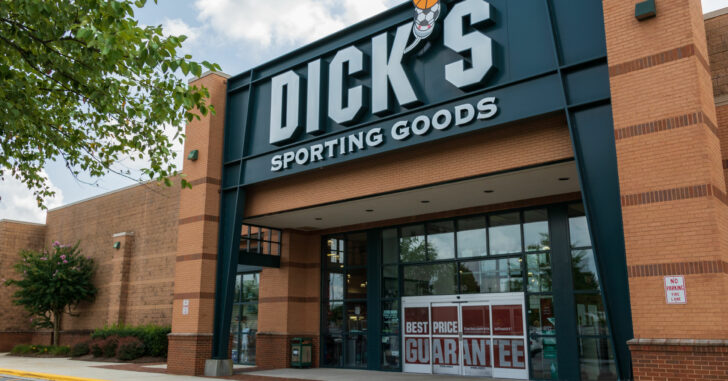 In February 2018, Dick’s Sporting Goods announced that they would immediately stop selling ‘assault rifles’. This was a few weeks after the Parkland, FL school shooting.

Two months later, Dick’s announced that they would be destroying their remaining inventory of these ‘assault rifles’.

A spokesperson for Dick’s told Fox News at the time; “We are in the process of destroying all firearms and accessories that are no longer for sale as a result of our February 28th policy change. We are destroying the firearms in accordance with federal guidelines and regulations.”

While many probably won’t be surprised to hear that they actually did it, the numbers are finally out.

During an interview with CEO Ed Stack, he told CBS News that his company destroyed $5 Million worth of inventory. He also noted that the company, as a result of their gun control stance, took a hit to the tune of $250 Million.

If you change ‘keeping guns off the street’ to ‘we have stopped selling firearms to law-abiding citizens’, then we’d have a more accurate account for what’s really going on. Unless Dick’s was selling to folks without processing background checks, they’re really just hurting us law-abiding citizens who have no interest in using our firearms for illegal purposes.

Still, it would seem that Dick’s came through on their promise, at a significant loss to their business. They’re holding strong, however, branching out to different markets. If all gun owners stopped shopping at the retailer, who knows what their future would look like. They have enough sports to cover and may survive through it, but one thing is for sure; I decided long ago that I would never shop at their locations again.

Previous article: Multiple Campuses On Lockdown After Man Nearby Is Seen Carrying The Toy Gun You're Looking At In The Picture Next article: Video Shows Woman Slashing Man's Neck After He Told Her To 'Zip It' As She Yelled At Workers; Know That Crazy Exists