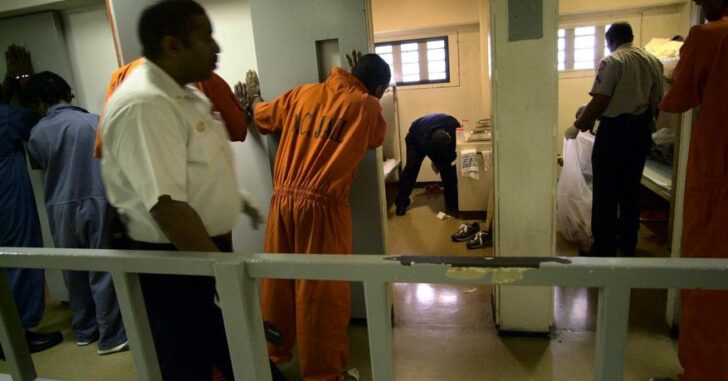 Put yourself in the shoes of a corrections officer. What you do at your job on a day-to-day basis probably won’t make you many friends with inmates, but that’s not what you’re there to do. Inmates keep an eye on the corrections officers and may remember their faces when they are released back into society.

Robert L. Smith retired from his job as a D.C. Jail corrections officer six years ago, but says he still receives threats from former inmates he supervised. This can’t be a comforting feeling, and certainly no way to enjoy and relax during retirement.

Smith says he keeps a registered handgun inside his home, but he would like to be able to carry it outside of his D.C. home for self-protection. Because he is a former jail employee, he said, he should qualify for a permit under federal statutes that allow retired law enforcement officers to carry guns without obtaining state licenses.

However, unfortunately, the D.C. Department of Corrections does not agree with Smith. The agency has denied to approve Smith of the requirements he needs to obtain the license.

So Smith and three other retired employees have taken this issue into their own hands and are suing the District. Although this has started a new debate throughout the country: whether the federal Law Enforcement Officers Safety Act should be interpreted to allow those who staff the country’s jails and prisons to carry guns outside of work.

Smith explains his experience about a group of men who opened fire on him a few years ago and he wonders if the men were former inmates.

“I was emptying the trash one day, and next thing I know four guys had firearms down the alley. And they started shooting, and I could actually feel the bullets real close to me.”

Attorneys William J. Phelan and F. Peter Silva II discuss their side of the story.

“In spite of their years of service that would qualify them to have a firearms permit under LEOSA, the District of Columbia is improperly asserting that these individuals never qualified as law enforcement officers with arrest authority.”

There are other positions that meet the criteria to qualify to carry a firearm.  They include police officers, federal law enforcement officials, sheriff’s deputies and even Amtrak police. However jail officers are not included in this group.

Share your thoughts. Do you think corrections officers should be able to bypass the state regulations and obtain a license to carry?

Previous article: Eleanor Roosevelt Had Her NYS Pistol Permit; And They Still Look The Same Over 50 Years Later Next article: Expert: If Someone Is Trying To Carjack You, Just Do Something Disgusting