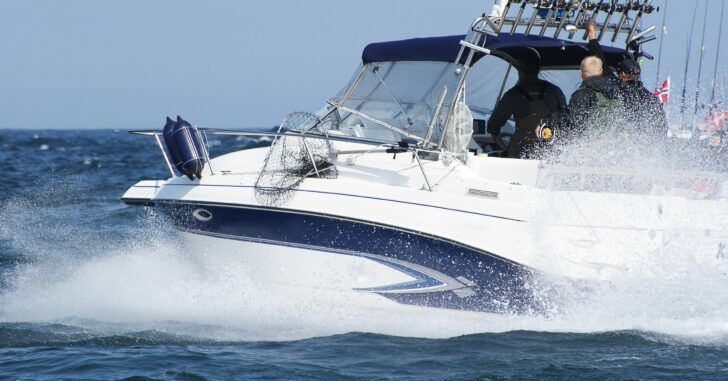 A massive operation is underway in the San Francisco Bay area, as well as some of the largest lakes in California, where it is reported that gun owners are traveling to the places where their boating accidents occurred.

The reason? To recover the estimated 250,000 high-capacity magazines (better known as Standard Capacity Magazines) lost over the years when these boating accidents took place.

The recovery efforts started on Saturday morning, just one day after a Federal Judge ruled that the high-capacity magazine ban was unconstitutional.

Any magazines that were capable of holding more than 10 rounds were illegal, prior to Friday’s ruling.

One person we spoke with, Bill Franklin, told us about what he’s doing and what he’s expecting.

“Back when the ban happened in 2000, it was literally the same day that the magazines had to be turned in, that I had my boating accident. It was crazy. What are the odds? I lost probably two dozen 30-round magazines in the accident,” said Franklin, a long-time resident of the San Francisco Bay Area.

“So naturally, I’m out here today to try and recover them. I know exactly where we had the accident, and I think I’ll get lucky, since the magazines were in a water-tight container. Let’s just hope I find them before someone else does!”

Miller was with a group of roughly 6 other boats, all looking in the same general area of the bay. They were heard sharing stories about their own boating mishaps, and they got a laugh out of the whole ordeal.

In the end, they hope to recover what they thought was long lost.

They may have some competition, though, as cast-net boats were also seen in the area. These boats cast nets that run on the bottom of the bay, and are said to be fitted with powerful magnets for this occasion. Any metal should be picked up in the nets, and that could mean a lot of magazines for these fisherman.

John Washington, a commercial fisherman, said that they’ve recovered roughly 200 magazines in the first hour that they were casting their nets.

“Some of them (magazines) are useless because the salt water destroyed them beyond function, but a surprisingly high number were contained in ways that did not let the water get to the magazines,” said Washington. “These magazines are still good and worth something, so we’ll have to see what we end up doing with them.”

It is expected that others will flock to the different waters of California in hopes of finally finding that they’ve lost, but were too scared to try prior to to the ban being lifted.

Today, we recognize that it’s April 1st, which is commonly known as April Fools Day. In turn, this article is satire, and is aimed at poking fun at the ‘lost everything in a boating accident’ joke in conjunction with the monumental magazine ban reversal in California.

Previous article: SHOCKER: New Zealand Gangs Say They're Holding Onto Their Guns Next article: Dick's Sporting Goods Loses $150 Million After Going Hard On Guns, But They're Still Happy With Their Decision