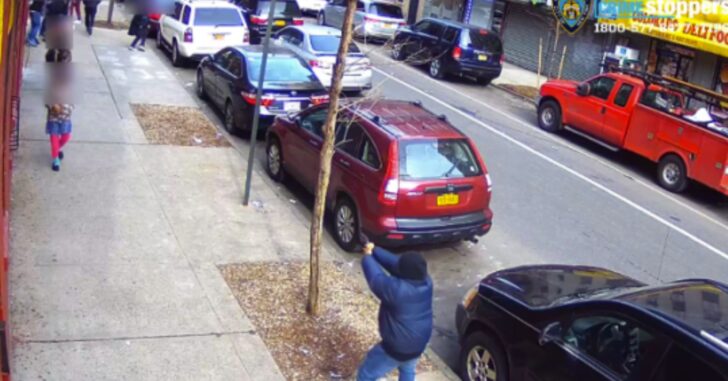 When the thug life can’t be tamed at all times by police, these criminals will do what they do. Like get guns. Illegally. All the time.

And then go home after their arrest.

A 16 year old was arrested a few days after opening fire on a NYC street towards what police believe to be rival gang members.

Surveillance video shows the incident, which includes a 10-year-old girl caught in the middle and trying to run for her life.

The incident happened around 2 p.m. on Feb. 22 on Gerard Avenue in the Concourse section.

Police announced Friday that 16-year-old Edgar Garcia is in custody in connection to the shooting.

But here’s where things get even more interesting…

Those charges sound pretty heafty, even to a hardened criminal I’d guess. So whats the result?

Garcia posts $10k bail and is back at home.

I know it’s innocent until proven guilty, but this seems like something that isn’t taken quite as seriously as it should be, even more so considering how tight gun control laws are in the Big Apple.

Thankfully, no one was injured during the incident.