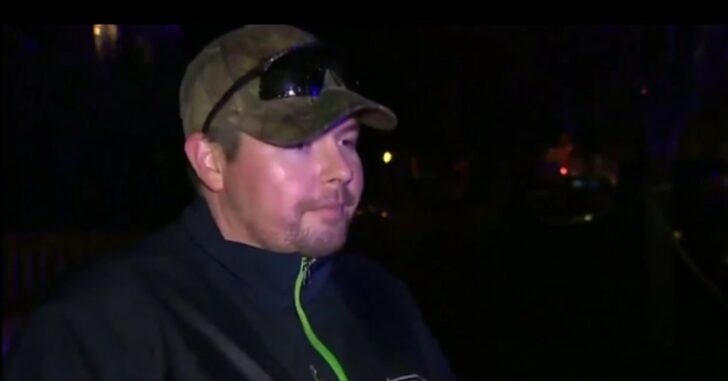 TACOMA, WASHINGTON — A 7-year-old boy was hit by a car ‘barreling’ down the road while he was trick-or-treating with his father Monday night. The man behind the wheel stopped shortly after, but soon tried to get away.

That’s when an armed citizen stepped in.

Danielle and Michael Lester had just crossed the street with their two children and nephew when they saw a sport utility vehicle “barreling” through the street near the intersection of North Eighth and North I streets.

“I actually saw the little boy fly through the air. It sounded like somebody hit a garbage can,” Danielle Lester said by phone Tuesday.

The boy is currently in critical condition.

When the driver looked to be wanting an escape, Danielle Lester stepped in front of the vehicle and told him to stay where he was.

“He was revving his engine and bumping against me,” Danielle Lester said.

A neighbor, Kenneth Hines, came over to help when he realized what was going on.

Hines was also armed at the time.

He used his firearm to keep the man from leaving, who was attempting to run away. “I basically did a citizen’s arrest,” said Hines.

The man was believed to be intoxicated and was charged with suspicion of vehicular assault and driving under the influence, police said.