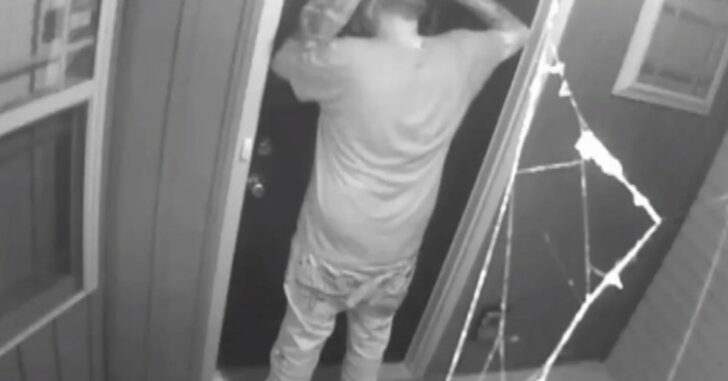 Ashley Jones is a mother of three that lives in South Carolina, and recently had to fire her gun when she spotted a man at her front door looking to come inside.

Jones was smart and followed the rules that we like to go by when a home invasion looks like it’s about to take place.

This is important, because bad things can happen if you shoot someone through a closed door. As far as I’m concerned, let them linger outside while the police come. However, if they kick down the door or come through a window — meaning once they step foot inside the home — then all bets are off.

The mother said she “would’ve killed him if I had to” if the intruder tried to come inside her home. She said she was thankful she had protection because she didn’t think she could fight off the man.

“Because if I didn’t have any kind of weapons I don’t know what I would have did. That guy was kind of big,” she said.

The 42-year-old suspect was taken to the hospital and is expected to survive. He has been charged with first degree burglary.

The incident was captured on a home surveillance camera:

Jones seems to have positioned herself inside the home so that she had a clear shot if someone were to enter. She executed this perfectly, and was able to successfully defend herself, her children and her home.

Previous article: Teenage Girl Refuses To Be A Victim | Active Self Protection Next article: Man's Shooting Rampage Kills 2, Only Ends When Armed Citizen Steps In