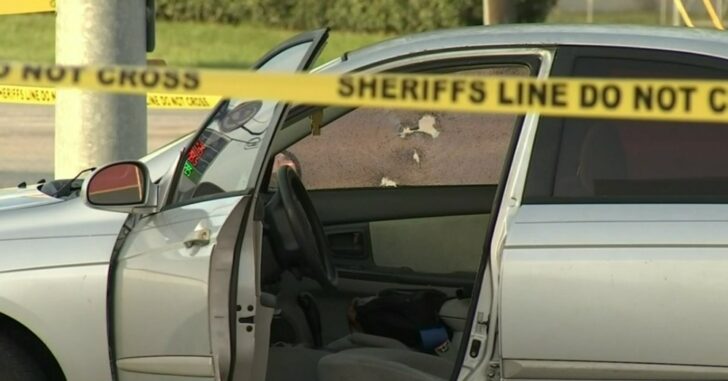 HOUSTON, TEXAS — Two cars were involved in a road rage incident, both of which were armed. Witnesses at the scene told police that the driver who was shot had been driving aggressively in the direction of the other driver.

The aggressive driver had a female passenger along with him, and they were both shot during the incident.

“The female that was with the individual who got shot, she admits that the person she was with exited their vehicle. She admits that he displayed a firearm to the other individual and she states that she took the gun after the shooting and threw it out the window as they drove to the other location,” HCSO Sgt. Jason Brown said.

The defending driver, who we assume had legal possession of his firearm because charges are not expected to be filed, had fired on the other car when a gun was displayed. This resulted in the other driver being shot multiple times, and the female passenger being shot in the ankle. The driver is currently in critical condition.

We’ve all experienced road rage at one point, and it’s one of those things that can turn very bad in a hurry. We never know who we’re sharing the road with, what they’re capable of, and how their temper is. If you can, the best option is always to distance yourself from them. If things escalate, get on the phone with police and have a plan if everything takes a turn for the worst.