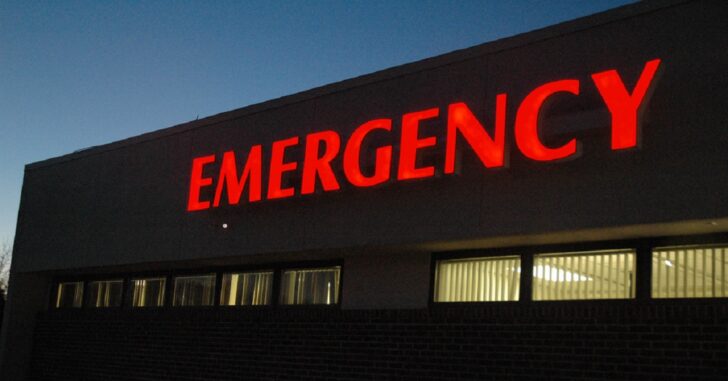 CHICAGO, IL — A man was taken to the hospital and listed in critical condition after he was witnessed brandishing a firearm, the Chicago Tribune reports.

The alleged thug was reportedly yelling gang slogans while brandishing his firearm on the street corner, making one man feel as though his life was threatened.

According to the Chicago Tribune:

A 30-year-old man is in critical condition after a concealed carry license holder shot him Wednesday afternoon after he saw him brandish a gun while he was yelling gang slogans in the McKinley Park neighborhood on the South Side, Chicago police said.

About 12:25 p.m., the concealed carry license holder was traveling in a vehicle in the 3600 block of South Paulina Street when he encountered a 30-year-old man who was standing on a corner yelling gang slogans, the police said.

Another occupant in the vehicle told police the man had shown a gun. At some point, the concealed carry license holder shot at the man standing on the corner, hitting him in the abdomen and leg. He was taken in critical condition to Stroger Hospital.

A person of interest was in custody.

Now, Chicago is a very difficult place to have what could be considered a shaky story.

It’s not that brandishing a firearm can’t be considered a deadly threat, it often can — it’s that in Chicago, guns aren’t smiled upon and multiple shots fired on a guy is an easy way to get picked on by prosecution-happy attorneys.

It’s not fair, and it’s not right, but y’all know as well as I do that it can happen.

I wasn’t there — and I’m glad this armed citizen wasn’t hurt, and prevented any innocent folks from getting hurt — just stay safe out there, folks.

Previous article: Keeping Your Doors Locked Is Important | Active Self Protection Next article: Mother Savagely Beaten In Front Of Her Kids, Armed Bystander Steps In And Ends It