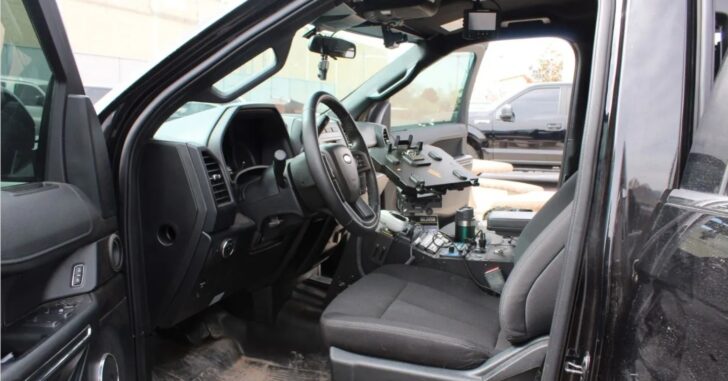 ALBUQUERQUE, NEW MEXICO – A convicted felon in New Mexico allegedly stole an AR-platformed rifle and over $21,000 in police gear from a state policeman’s patrol car. The items were eventually returned but included days of tracking the items back down.

The items were able to be stolen due to the patrol car being left on a street for a couple days and no alarm system had yet been installed in the vehicle. Coincidentally, the alarm was intended to be set up in the car the day that the state trooper returned to his vehicle.

Detectives and investigators were able to track down the gear with the help of a local shoplifter who claimed to know the location of the state trooper’s rifle.

Upon arriving to meet with the shoplifter, who was detained at a local Home Depot, the shoplifter said that he would be willing to cooperate if he would be let go. Regardless, the suspect confessed to all of the gear that was missing after he had an interaction with the original convicted felon. The items were in the shoplifter’s hotel room.

The shoplifter was eventually let go by State Police and the original convicted felon was charged with receiving stolen property and being a felon in possession of a firearm.

We at Concealed Nation know that criminals, by their very definition, do not adhere to laws. If they did, they would not have had run-ins with law enforcement. That being said, take extra precautions to protect your self-defense assets.

Take the time to get an alarm system for your home or a gun safe with a code that only you’re aware of. The odds are, in this scenario, the criminal saw the rifle and gear just sitting unattended and took a chance on grabbing a score.

Don’t be irresponsible with your own tools because if they get in the wrong hands, they could be used against you or someone