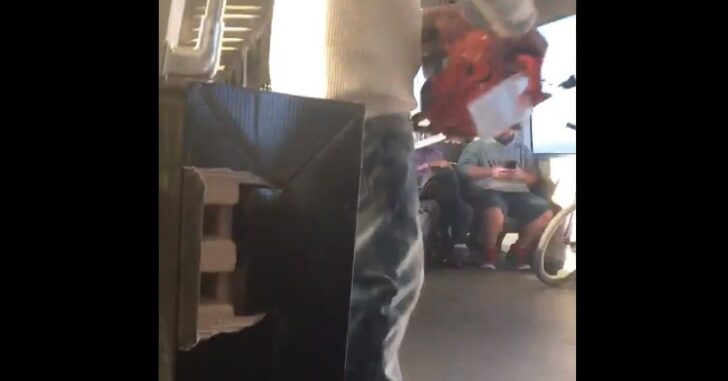 SAN FRANCISCO, CALIFORNIA — A man is said to have been making threats on a train while attempting to start two chainsaws, or at least practicing.

THIS SHIT AINT FUNNY @SFBART YALL HAVE TO DO BETTER WHAT THE FUCK pic.twitter.com/jTmwYwyweu

In the video above, taken by a passenger, it’s clear that this man is playing around with the chainsaws. ‘Wielding’, I’m not so sure, but he’s definitely crossing the line of things NOT to do while in a public setting such as a train.

“That so you don’t have to cut your freaking head off with this chainsaw,” said Bingman in video recorded by a disturbed passenger.

Based on that statement, it would seem that Mr. Bingman stole the chainsaws. As for the threatening part, I think that he was simply being an idiot and not thinking.

Why am I bringing this stuff up? Because it’s a self-defense question.

If you were on the train, would you have felt that Mr. Bingman posed enough of a threat to draw your firearm?