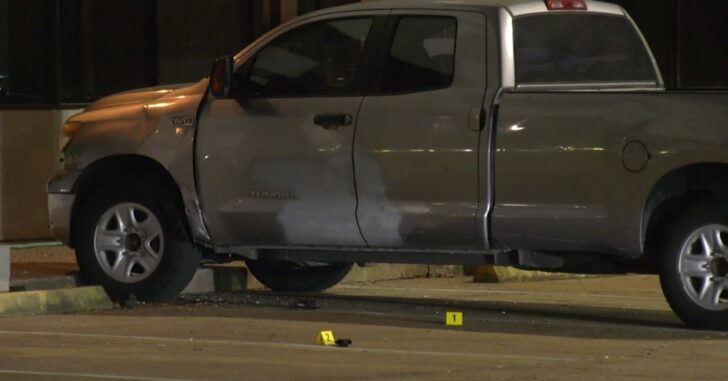 HOUSTON, TEXAS — Houston Police were called to the 10800 block of Bissonnet Street around 12:45 a.m. Wednesday, following a shootout involving multiple people stemming from an attempted theft of auto parts.

Police say that a father and his son arrived in a parking lot after midnight to find a man cutting the catalytic converter off a pickup truck that they owned. Both men opened fire on the man, and the man responded by returning fire and wounding the son in the arm and leg.

The suspect then fled in a vehicle, but police believe a man arrested shortly thereafter may be the same man, and have charged him with a felony evading charge. The wounded man was admitted to a local hospital for treatment, where his condition is unknown.

Yes, it pisses you off when someone is stealing something that you worked hard to buy and you know that it will cost you even more hard-earned money to replace if it is taken. But should the men have let their emotions control the situation and opened fire on a suspect in a property crime? Would they have done so if they knew that the thief was armed and would respond in kind?

The likely answer to both questions is no. Both the father and the son could have easily lost their lives over a part worth only a few hundred dollars. In most states, property crimes do not justify the use of deadly force, and often result in the owner(s) being charged for acting irresponsibly outside of the law.