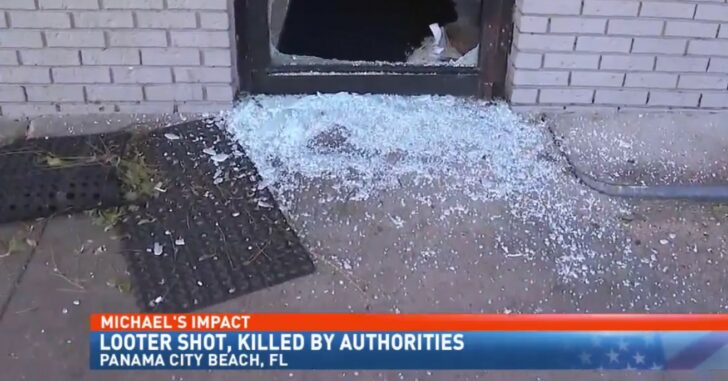 One looter decided that it would be a good idea to try and steal a police car, and he lost his life because of this poor decision.

“He yelled at me a little bit. He said, oh I’m looting and he opened the door to the police officer’s SUV with the lights going, got in it and shut the door,” said Swett.

That’s when Swett took his family to safety. Moments later, shots were fired.

A Florida State Fire Marshall was involved in the shooting, and no other details were immediately available.

In the aftermath of such events like a hurricane, this type of behavior is unfortunately expected. ‘Looters will be shot’ signs are posted in various locations, as the locals won’t tolerate such behavior.

If you’re ever in an unfortunate situation such as living in a town or city that’s just experienced a natural disaster such as Hurricane Michael, being prepared for this type of crime is an important thing to do.

Previous article: Gainesville PD Tells Gun Owners To Stop Being Stupid... And For Good Reason Next article: Watch This Guy Literally Stand Behind His Product: The Bulletproof Jacket. Yes, He Shoots Himself.