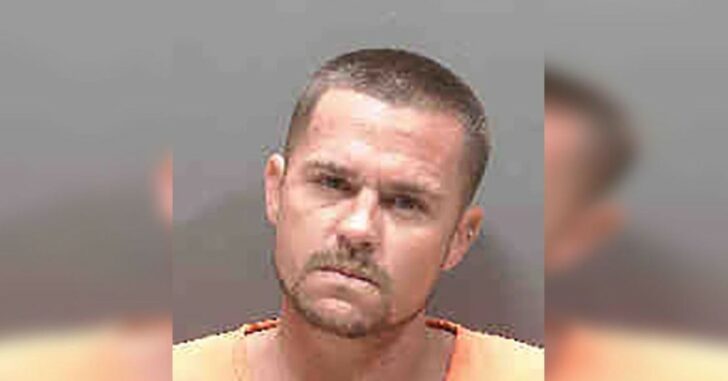 SIESTA KEY, FLORIDA — This state has it all. Beaches, palm trees, beautiful springs and lakes, and a ****ton of crazy people.

If it’s crazy, it happens in Florida. I knew this before, but I really know it after living here for a few years now.

Take this guy for example. Here’s the TL;DR (too long; didn’t read) version:

This guy gets into an argument with his girlfriend (now ex), and it was all because he couldn’t find his truck keys. And he was hammered. Like, really hammered. He goes into a gas station, starts yelling, shows the clerk his gun in his waistband, goes outside, yells about keys, and then…

…fires at least nine shots in the middle of the street.

To make matters worse, the clerk tells him to calm down after he leaves the store. You can bet that if I were the clerk, I’d be locking that door pretty quickly.

Anyway, this nutjob tells the clerk to call the police if she wants, and he’ll simply “shoot them motherf***ers.” Classy guy, I know.

When police arrived, they found this lowlife and his spent rounds, and eventually found the gun in his truck.

The street where he fired was full of traffic at the time, police say.

I noticed some comments on this article, and people seemed to be torn on the idea of self-defense against this guy. As far as I’m concerned, he’s displaying his firearm and then shooting in the middle of the street. Yea, that’s grounds for lethal self-defense.

Since it was noted that he was only charged with discharging a firearm in public, we can assume that he legally possessed the gun. And here, is a fine example, of a person who should not be allowed to own a firearm.

As far as I’m concerned, he’s shown that he cannot be trusted to have a firearm, and this should be a lifelong deal. Am I wrong?

Previous article: PA Bill Would Make Loaded Guns In Vehicles Illegal, Because It's "Common Sense" Next article: If You See A Clown This Halloween...