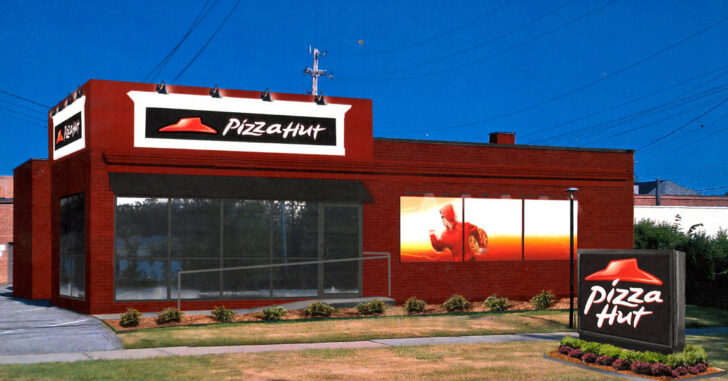 By John Boch via The Truth About Guns

What happens when a former Pizza Hut employee in Charlotte, NC returns to the store with two buddies to rob it and is shot DRT (dead right there)? Do the misguided youth’s parents blame their son for committing an armed robbery or themselves for their failed parenting? Of course not! They blame the good guy with a gun defended himself and others in the store. WBTV has the story:

Charlotte, NC (WBTV) –It’s been a difficult week for parents Temia Hairston and Michael Grace Sr. (above). Their son, Michael Grace Jr (below), was shot and killed during an attempted robbery early Sunday morning. . .

Hairston said she learned of her son’s death on social media, and only got confirmation from police after contacting them first. The grieving mother said she has been left with dozens of questions about the situation that have thus far gone unanswered.

“If there was to be a death, it was not the place of the employee at Pizza Hut. That is the place of law enforcement,” said Hairston . . .

Hairston and Grace Sr acknowledged that their son was breaking the law by robbing the business, and said they definitely don’t condone what he did.

“It was an act of desperation, but I do not believe that Michael would have hurt anyone,” said Hairston . . .

They said Grace Jr had fallen on hard times and resorted to crime to provide for his own child.

So the armed stick-up man was the real victim. It almost sounds as if she knew her boy had turned to criminal endeavors for his income. If so, instead of reporting him, she swept it under the rug.

They also said their son used to work at the same Pizza Hut restaurant where the robbery happened. They maintain he never would have physically hurt anyone during the robbery.

In all likelihood, Grace Jr. thought the restaurant would be a place he could rob without opposition, given Pizza Hut’s no-guns-at-work policy. But Grace Jr. thought wrong; an employee put defending his life above a misguided corporate policy. And in doing so, the good guy with a gun may have saved his own life and those of his fellow employees.

“Why in the hell did this guy have a gun?” questioned Hairston about the employee who shot her son.

The employee had a gun because there are violent thugs out there (like Ms. Hairston’s son) who possess neither impulse control nor decency.

She said her son was shot in the head, and she thinks the shooting may have even been personal, citing past conflicts Grace Jr had had with other employees at the restaurant.

So threatening to kill people if they don’t surrender their money isn’t “personal”? Was that just business? No matter how you look at it, if Grace Jr. hadn’t threatened others with a gun, demanding that which wasn’t his, he’d still be alive today.

“This wasn’t a body shot. This was a head shot. My son was shot in the left side of his head just behind his ear. A headshot is personal,” said Hairston.

Even though their son was in the process of committing a crime, the family thinks his death was undeserved and unjustified.

“Even a criminal has a right to a degree,” said Grace Sr. “I’m not advocating what my son did.”

Someone’s been drinking from the entitlement well a little too long. The only thing her son would have been entitled to — if he’d survived — was a trial by a jury of his peers.

The family said they want Pizza Hut to release more information about the situation and acknowledge that their son used to be a Pizza Hut employee . . .

Hairston said she thinks the employee who shot her son needs to be in jail, and wants all parties involved in the situation to be honest about what happened.

Until Temia Hairston and Michael Grace Sr. can face the truth of what their son did, they’ll never find the honesty they supposedly seek. As poet David Whyte put it, “honesty is grounded in humility and indeed in humiliation, and in admitting exactly where we are powerless.”