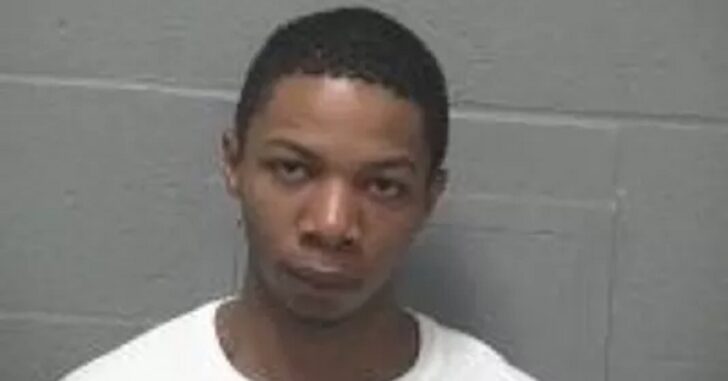 MANSFIELD, OH — A man was shot in the home of his ex-girlfriend after he forced his way in, refused to leave, and tried to lock them both in, Fox 8 Cleveland reports.

The two of them had a history together — but that didn’t stop him from getting in.

According to Fox 8 Cleveland:

The shooting happened Sunday afternoon around 1:30. The woman told police she was in the shower when 24-year-old Terrance Hampton allegedly broke into her South Adams Street home. The victim told a 9-1-1 dispatcher that the man removed an air conditioning unit and crawled through a window. The woman said she was able to grab a gun that she kept for protection and said she kept telling Hampton to leave.

“At some point I guess he gets to the front door, he shuts the door, turns around at her, and from my understanding that is when a shot was fired,” Skropits said.

Hampton ran from the residence and was found a short time later. He was taken to the hospital and is expected to recover. The victim was not injured. The victim has filed several reports against Hampton in the last few months, including two for domestic violence.

“Just last month she filed a report and our domestic violence detective is working on a case between these two where he came in the house and assaulted her,” Skropits said.

This makes a very important point. Police are great, and they work hard to keep us safe — but they’re not omnipresent.

At the end of the day, the thing that stopped Hampton from doing whatever is was he was planning on doing was an armed citizen.

If she’d not been armed, there’s a very good chance she wouldn’t be breathing right now.